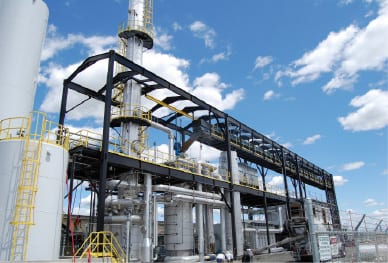 This marks Sembcorp’s entry into Myanmar’s fast-growing power market, where electricity demand is expected to increase at a compounded annual growth rate of 13 percent over the next 15 years, according to government estimates.

Located in the Myingyan district of Mandalay division, the $300-million power plant is set to be the largest gas-fired independent power plant in Myanmar, Sembcorp said.

When completed, the new facility will deliver about 500 megawatts of electricity during peak periods, the company said.

The build-operate-transfer project was awarded after an international bidding process called by Myanma Electric Power Enterprise (MEPE), a division under the Ministry of Electric Power of Myanmar (MOEP). The bidding was supervised by International Finance Corporation of the World Bank Group.

Sembcorp will have at least an 80 percent stake in this project. Expected to be completed in 2017, the project will supply power to MEPE under a 22-year power purchase agreement (PPA), with MOEP guaranteeing MEPE’s obligations under the PPA.

Tang Kin Fei, group president and CEO of Sembcorp Industries, said, “The new facility will provide a reliable source of power which is integral to the country’s economic development and electrification efforts.

“This investment not only enables Sembcorp to establish an important beachhead in Myanmar, but also gives us a foothold to potentially develop other businesses in the country, such as water and urban development.”

Tang added, “… this project is in line with our focus to expand our global business and grow our overseas Utilities contribution.”

The total project investment is expected to be funded through a mix of limited recourse project financing and equity, Sembcorp said.

Myanmar has one of the lowest electrification rates in the world and the lowest among ASEAN countries, with just about 33 percent of the country’s population of over 51 million having electricity access, according to World Bank statistics.

Buoyed by investor optimism and improved business confidence following policy reforms, Myanmar’s economy is forecasted to grow at 7.8 percent in 2015, outpacing an estimated growth of 5.3 percent for the Southeast Asian region. As a result, power demand is expected to rise significantly. MOEP has projected that more than 20 gigawatts of additional power capacity are required between 2013 and 2030 to fulfil the demand driven by population growth and an increase in the electrification rate.