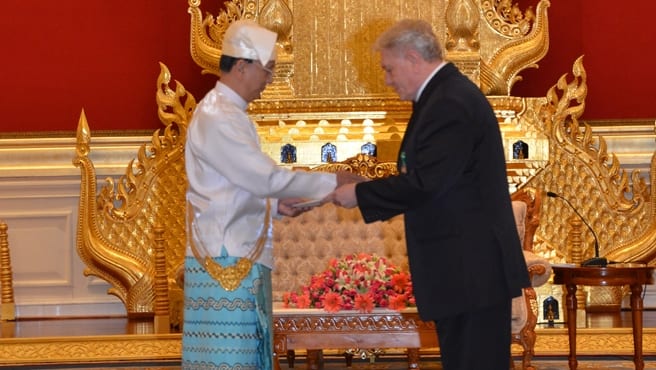 Serbia is to expand economic ties with Myanmar by further investing in the country’s electric power, rail transportation and infrastructure projects, a Serbian diplomat said.

Serbian Ambassador Miodrag Nikolin told the New Light of Myanmar that these projects are mostly conducted by or through the Serbian Invest-Import Company which has been present in Myanmar for more than half a century.

Nikolin vowed to continue to develop and expand economic cooperation between the two countries.