Shrimp Imports, Smuggling on The Rise 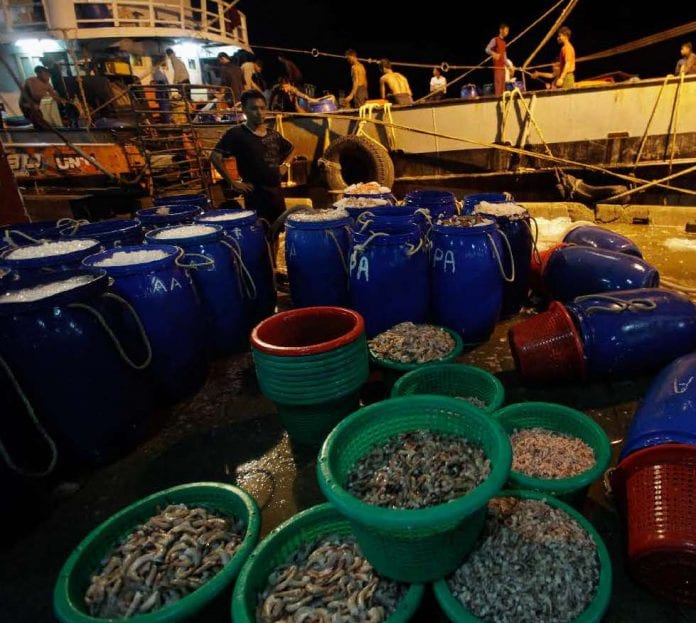 The local shrimp market is turning to imports from Thailand and Bangladesh due to lower prices for imports, according to Dr Kyaw Zaw Myint, chairman of Myanmar Shrimp Farming Association.

Consumption of shrimp has increased recently and Myanmar has become increasingly reliant on imports as local shrimp farming cannot meet demand, he added.

“Previously, there were only imports of saltwater shrimp, but we are now importing freshwater shrimp too. Imported shrimp from Thailand is illegal and untaxed. The market is good for shrimp smugglers, and the goods keep flowing in.”

Additionally, shrimp farms in Myanmar have had lower yields and financial difficulties, resulting in shrimp embryos being smuggled across the border from Thailand and Bangladesh.

Formerly, only shrimp weighing more than 40 grams were allowed to be sold on the market, but now 30 gram ones are also accepted.

Sources from Myanmar Fishery Department claimed that new shrimp breeding stations will be opened this year in Chaungthar township in Ayeyarwaddy region to tackle the situation.

The association said that locals are losing market share as the local shrimp species have been rebred so many times that they have become inbred.