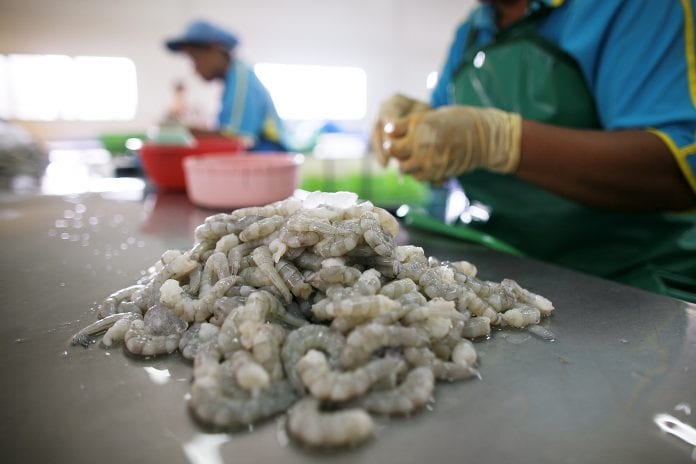 Shrimp-producing Southeast Asian countries, particularly Myanmar, Vietnam, Thailand and Indonesia, have been suffering losses due to an unknown disease that cause the breed shrimp to die in their early stage.

This disease has been found in the region for the past three years, and shrimp farms in Myanmar have been suffering from the disease for over two years, U Hnin Oo, vice chairman of Myanmar Fisheries Federation (MFF), said.

“We cannot do anything as it is unknown whether it is because of the water or the drugs we are using. The federation is helping shrimp farmers technically, financially and otherwise. The main problem is the lack of investment.

“It costs almost K30 million ($300,000) each season to run a shrimp farm. As the entrepreneurs failed for three consecutive seasons, they don’t dare to invest again,” said U Hnin Oo.

This year, MFF performed experiments involving shrimp breeding in cooperation with international experts and will know the results by the end of March, according to the Federation.

“Three years ago, some of the entrepreneurs produced 20 million shrimp eggs but now there are only a few who surpass 100,000. The total losses amount to more than 10 million shrimp eggs. We still don’t know whether it is because of poor weather or other issues.

“One issue is a lack of collaboration between relevant organisations. This has also happened in China but they cured the problem and now they are breeding again,” said U Than Lwin, chairman of Myanmar Fisheries Association (MFA).

In Myanmar, shrimp farming was previously done in traditional ways without major problems. But in the past two years, the entrepreneurs are suffering losses, according to MFF. The Federation said it will perform experiments and attempt to find the source of the blight with local and foreign experts.