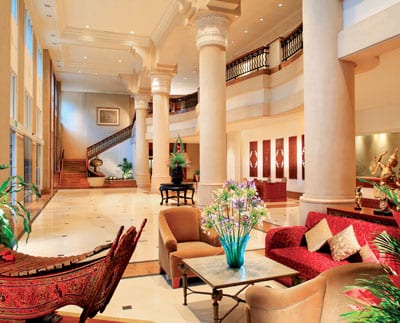 The Pan Pacific Yangon Hotel, a joint-venture agreed last week between Pan Pacific, Shwe Taung and City Square Pte Ltd will be completed by 2016 and will involve a three-way split of investment, with Shwe Taung taking the controlling stake.
The joint venture is to involve a 20:20:60 split with Pan Pacific and City Square taking 20 percent each, and Shwe Taung the remaining 60 percent.
The partnership, which was formalised as part of a ceremony in Myanmar last month, will see Pan Pacific Hotels Group manage the 348-room, 20-storey hotel, which also includes a shopping centre, residences and office space.
Shwe Taung Group boasts a diverse business portfolio which includes property development, retail mall management, construction and construction materials, energy and infrastructure. With a workforce of 6,000 people, the group is one of the largest employers in Myanmar.
Pan Pacific already operates the Park Royal Hotel in Yangon – located just a few hundred metres from the new development, which will be located on Bogyoke Aung San road opposite the market by the same name – and the group believes that its new hotel will further strengthen its presence within the country.
The group also revealed that the Park Royal Hotel will soon be undergoing refurbishment to its public spaces, restaurants and ballroom.
The new hotel will feature an extensive range of guest facilities including a swimming pool, spa, gym, ballroom, meeting rooms and dining facilities while the group has highlighted that it will offer impressive views of iconic destinations such as Yangon river, downtown Yangon and nearby Shwedagon Pagoda.
“Having established an early and successful presence in Myanmar with Park Royal Yangon, we are now eager to introduce our other acclaimed brand, Pan Pacific, to the Myanmar community and international guests,” said Gwee Lian Khen, chief executive of Pan Pacific Hotels Group.
Pan Pacific also revealed that it is exploring the opportunity of opening a hotel in the capital Nay Pyi Taw, which will host the 27th Southeast Asian Games next month as well as the ASEAN Summit in 2014, two events that are expected to see a surge of visitors to both the country and the city.
"With solid, proven credentials as a hotel management company, Pan Pacific Hotels Group is an ideal partner for us in promoting the city's progress through prime developments," said Aung Zaw Naing, chief executive of Shwe Taung Group.
Headquartered in Singapore, Pan Pacific Hotels Group operates 34 hotels under its Pan Pacific and Park Royal Hotels.
The group recently announced that it will be debuting in Indonesia in the near future with hotels in Bogor, on the outskirts of the capital Jakarta as well as the popular tourist destination Bali.