Side Effect Looking for Pledge to Rock SXSW 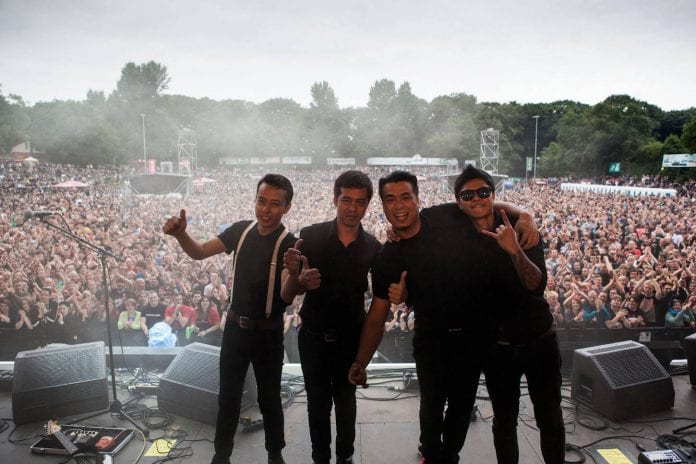 Anyone who has rocked out to Side Effect in a Yangon bar wouldn’t begrudge other music lovers around the world being exposed to the group’s lively brand of rock.

The Yangon-based band, who were formed in 2004, have been invited to perform at this year’s South by Southwest (SXSW), which will be hosted in Austin, Texas in March, but one thing currently stands in their way. Money.

In an attempt to put together the funds to perform at a concert alongside bands such as The Kooks, Angus and Julia Stone as well as Canadian legend Neil Young, the band have set up a ‘Pledge’ page (http://www.pledgemusic.com/projects/sideeffect) aimed at encouraging music lovers to contribute to their trip, giving some originally-thought gifts in return.

$32 will get the pledger a signed CD, $250 a cooked lunch by the band in Yangon and $1,000 a personalised song, with the top pledge proposal being $10,000 for a personalised tour of Myanmar given by the group’s members.

SXSW began life as a music event in 1987, and has since grown to include film and interactive musicals alongside the musical component.

Previous performers at SXSW include The Flaming Lips, Kanye West and Foo Fighters.