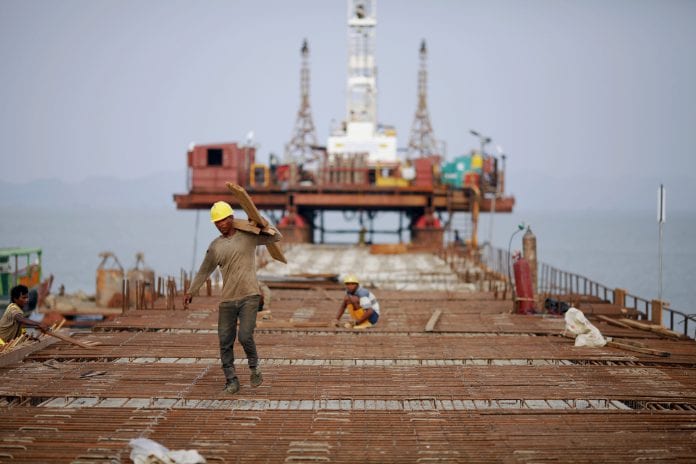 Singapore-based consortium Creative Professional Groups (CPG) has won a tender bid to get selected as the consultant firm for the Kyaukphyu Special Economic Zone (SEZ) in Myanmar’s southeastern Rakhine state.

CPG came out on top out of a total 17 companies that bid for the tender worth $2.5 million, while Netherland-based KPMG was selected as backup, joint secretary of the Kyaukphyu SEZ bid evaluation and awarding committee, U Aung Kyaw Than, told a news conference. A total of 31 companies expressed interest to take part in the bid in the first phase of the tender.

“Kyaukphyu SEZ is not a state project but a private one. The deep sea port here will facilitate ocean liners and there are a lot of opportunities as this SEZ is close to big markets of India and China,” Deputy Minister for Finance U Maung Maung Thein said.

The SEZ is being developed in four stages, while the first one – a conceptual plan – have been finalised with input from economists, businesspeople and Kyaukphyu locals. Selecting the consultant was the second stage, while the third one involves inviting tenders for a developer. The fourth stage will see the construction of the 1,000-acre SEZ.