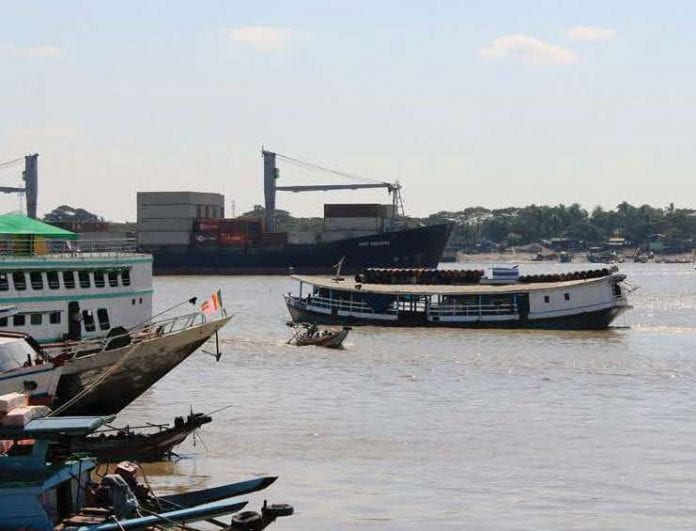 Singapore-based Starhigh Asia Pacific Pte Ltd has finished dredging the river near Yangon Port, a project that is expected to improve navigability for ships and reduce traffic congestion near the port.

Starhigh partnered with the Myanmar Port Authority (MPA) to dredge the area near the port’s inner bar known as Monkey Point. The project kicked off on March 30 and was completed on April 10.

Previously, the river was too shallow, and vessels were only able to enter and exit during high tide. The project has increased the river’s depth by 1.5 metres – from 3.5 metres to 5 metres, Starhigh said.

“The project will also support the economic development of the country, as more ships will be able to enter and exit the port, increasing the rate of business in the country,” he said, adding that the firm undertook the project at its own cost “as an act of goodwill”.

There are many container terminals located along the Yangon River, which added to the necessity of the project, the firm said. The extended river depth will now not only allow for more vessels, but also allow for vessels requiring deeper water depths to pass through.

Over the past few years, Starhigh has executed river engineering and channelling projects in Mawlamyine and Dawei. In Singapore, Starhigh is undertaking the Jurong Island West Extension project, which involves providing dredging, sand supply, rock sorting and stockpiling services.