Singaporean Cos to Invest in Wood-Based Industries 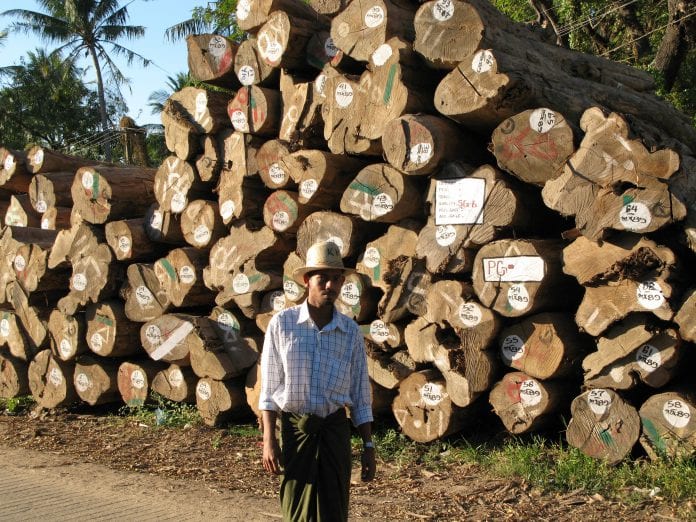 Two Singaporean companies will invest in Myanmar’s wood-based industries and construction sectors in joint ventures with local counterparts.
The two Singaporean companies – Wood Craft International and Uni Global Power – will cooperate with Myanmar’s Global Star and Nature Link companies to produce finished wood products, state-run media reported.
The companies will also invest in infrastructural development including hotel, apartment, office and marts through build-operate-transfer (BOT) system.
Singapore has been making increased investment in Myanmar since the Southeast Asian country opened up for business in 2011. Myanmar is in desperate need for capital, technology and human resources to implement its ambitious economic reforms, which are aimed at pulling Myanmar out of its dismal economic stagnation.
According to official statistics, Singapore’s investment in Myanmar amounted to $2.36 billion as of July in 90 projects, accounting for 5.49 percent of the total FDI, making the city-state 6th in Myanmar’s FDI line-up.
Singapore government data shows that in 2012, bilateral trade between Myanmar and Singapore reached $2.78 billion, of which Myanmar’s export to Singapore stood at $282.89 million while its import from Singapore was $2.5 billion.