South Korea Boosts Air Defences with $6.8b Budget for F-35s 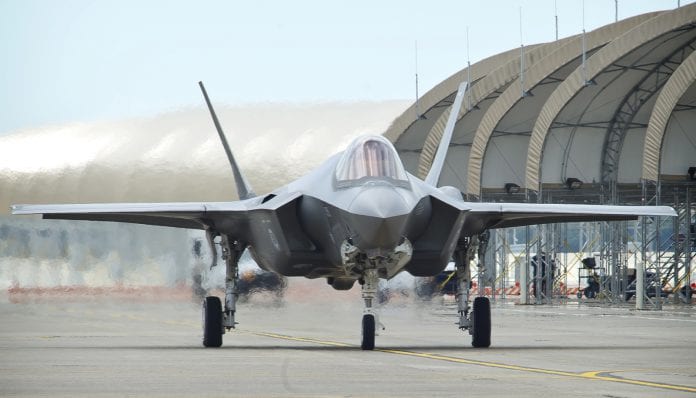 South Korea expects to pay around 7.34 trillion won ($6.79 billion) for 40 Lockheed Martin F-35 fighter jets, two sources with knowledge of the matter said, as Seoul boosts its air defences amid simmering tensions in the region.

South Korea also confirmed plans to buy four Northrop Grumman Global Hawk unmanned aircraft to monitor its prickly neighbour North Korea. The drones will cost about 880 billion won and will be delivered starting 2018, one of the sources said.

The defence deals also come as ties between Japan, China and South Korea have chilled over the past year, and the region’s three powers look to beef up their defensive capabilities.

Seoul’s arms procurement agency reported the estimated budget of around 7.34 trillion won to buy the radar-evading F-35s plus support systems to a committee overseeing military purchases earlier on Monday, the second source said.

South Korea says the F-35 deal will be finalised in the third quarter, with the first delivery in 2018.

Lockheed said in a statement it welcomed South Korea’s announcement and it would support discussions between Seoul and Washington to finalise the order this year.

South Korea decided to redraw the terms of an 8.3-trillion won tender to buy 60 fighters last year after dropping an option to buy Boeing Co’s F-15s in favour of purchasing a fighter with stealth capabilities.

In December, Seoul reduced the purchase to an initial 40 jets.

“Lockheed Martin agrees … that the cost of the F-35 is on a downward path that will lead to a Unit Recurring Flyaway (URF) cost for an F-35A of between $80-85 million,” said Randy Howard, Director of Lockheed Martin’s F-35 Korea Business Development in an emailed statement.

A separate South Korean military source briefed on the buy cautioned that although F-35 flyaway cost is expected to fall between now and first delivery, Lockheed’s projections might not fully apply to South Korea as the estimate “paints a rosy picture” that appears to presuppose “the best scenario” for the progress of the F-35 program.

The announcement provided some good news for Lockheed after a spate of critical reports on challenges with software development for the fighter, the emergence of additional bulkhead cracks during long-term durability testing, and news that Italy could further scale back its plans to buy 90 F-35s.

Italy had already cut its planned order by 30 percent two years ago.

Canada and Denmark, which help fund development of the F-35, are still deciding whether to buy F-35s or other fighters. Singapore has also expressed interest in the planes.

South Korea was the eighth largest importer of major weapons in the world between 2009 and 2013, with 80 percent of the imports supplied from the United States, according to think tank Stockholm International Peace Research Institute (SIPRI).                     Reuters