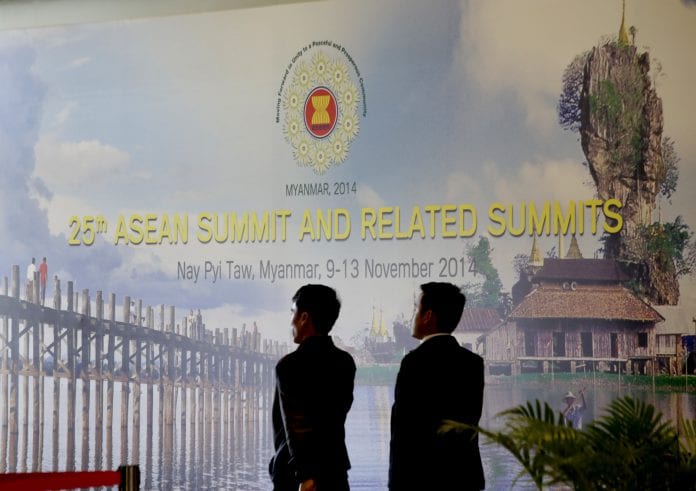 World leaders will descend on the capital of Myanmar this week, an event unthinkable over almost half a century of military rule, amid concern reforms that opened the country to international engagement have gone into reverse.

Shortly after winning a one-sided election four years ago, army veterans surprised the world by ushering in a wave of liberal change that persuaded the United States and other Western powers to end Myanmar's virtual pariah status.

The venue for this week's gathering – the purpose-built capital city secretly raised from the rice paddies by the junta – symbolises for many the isolationist tendencies of Myanmar's leaders and powerful retired generals. Naypyitaw is eerily quiet, removed as it is from the largest city and former capital, Yangon.

President Barack Obama is expected to tackle those issues in talks with Myanmar President Thein Sein during the summits of the Association of Southeast Asian Nations (ASEAN) and the East Asia Forum on Nov. 12 and 13.

"We have real concerns, and we have expressed them repeatedly," Obama's national security adviser Susan Rice said on Friday.

Competing territorial claims between China and four ASEAN nations will form an undercurrent of tension at the meetings.

In May, China sent an oil drilling rig to waters claimed by Vietnam. The move sparked deadly anti-Chinese riots in Vietnam, which along with the Philippines has sought closer U.S. ties to counter what they see as China's aggression.

Philippines President Benigno Aquino has said he would address what was a pressing security issue in Myanmar, but indicated some progress on Tuesday during a "meeting of minds" with Chinese counterpart Xi Jinping at the Asia-Pacific Economic Cooperation summit in Beijing.

For all the blunt backroom talk, the ASEAN group is reluctant to antagonise China. A draft of the chairman's concluding statement, obtained by Reuters, shows little change since foreign ministers met in August.

"We expressed our concerns over recent developments," the draft said, urging all parties to refrain from the use or threat of force.