State-run New Light of Myanmar to Relaunch in September 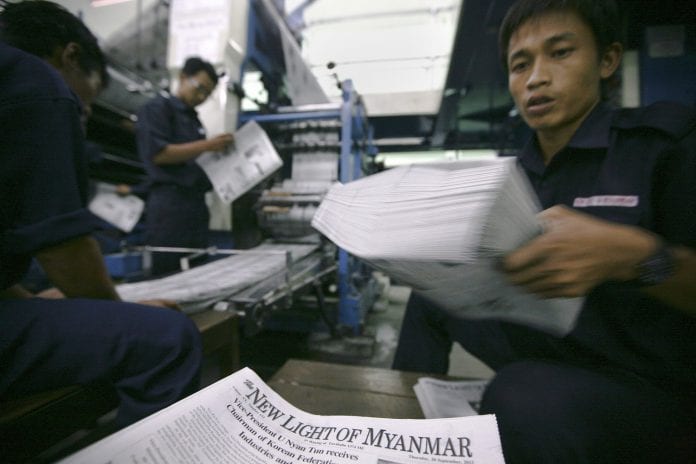 Local company Global Direct Link was awarded a 49 percent stake in the newspaper in 2013, with the rest owned by the Ministry of Information’s News and Periodical Enterprise, in a bid to transform the government mouthpiece into a semi-independent journal.

Converting the state-run newspaper into a daily is the “first such experience” for the government and can be considered as a “profound change in essence,” Union Minister U Aung Kyi said at the launch of its new printing press.

He said the move is aimed at transforming the paper into a “free and public-centred” media as part of efforts to reform the media landscape.

Staff from Japan’s Kyodo news agency have been training local journalists over recent months, the newspaper said. As part of the changes, the company has invested a reported $3.45 million in a new printing press that can print 70,000 copies per hour of a 48-page tabloid or a 24-page broadsheet.