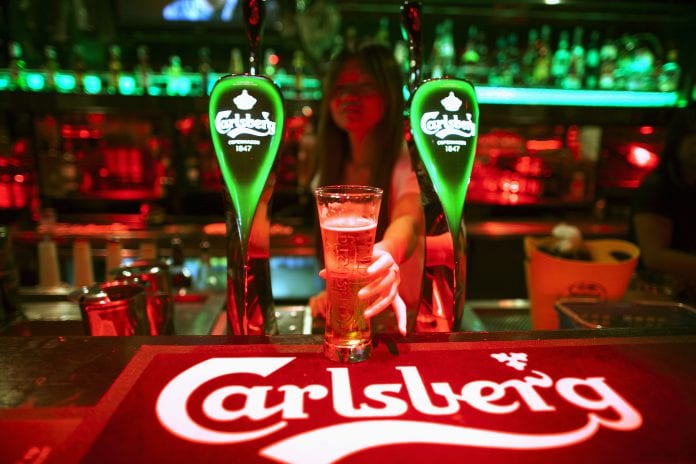 In 1995, the Myanmar government banned the import of alcohol in order to support local production with only certain hotels and duty-free shops permitted to carry out such imports. Following the ban, countless businesses formed networks and collaborations with hotels to import alcohol, while others found illegal channels to supply demand. The Myanmar government is currently discussing the results of this ban.

The government has acknowledged the fact that alcohol consumption continues to increase year-by-year, and so does the import of alcohol. Following this versatile situation, the government made a move to form groups that work together with the police to end problems linked to alcohol consumption and illicit activities related to its imports. Numerous raids of liquor stores, ordered by the General Administration Department of the Ministry of Home Affairs, at the beginning of 2014 identified approximately 2,000 illegal liquor sellers and distributors in Yangon – with actual figures probably being even higher.

Perhaps you have also experienced yourself the strange dealings of some liquor retailers when it comes to the payment and packing of the bottles you bought. The vendor will sometimes carefully remove the custom banderol from the bottle, trying not to damage it so that they can reuse the label by gluing it onto smuggled bottles – only to be put back on display.

One of the latest decisions in respect to changing the situation took place in Yangon. After legislation passed on September 1, the region imposed an increase for the license fees for a variety of liquor producers and retailers. These licences are mandatory for the production and retail sale of alcohol. But unlicensed sales are rampant across the country, particularly in the countryside.

According to the laws that are to come into force this fiscal year, wholesale import licence fees will be taxed from K1.2 million to K3 million, while distribution licences increased from K1.2million to K3 million. Liquor shops and liquor-selling restaurants will see licences double to K1 million and K1.2 million, respectively. Additionally, the price of a distiller’s licence increased approximately five-fold depending on the size of the distiller. Likewise, brewer’s licences increased by a factor of 10 from K5 million to K15 million, also varying based on the size of the operation. Importers of foreign liquor will require a beverage licence and at least one representative in the respective country.

Although the constitution enables regional governments to set excise taxes, only four regions – Yangon, Mandalay and Ayeyarwady regions and Nay Pyi Taw Union Territory – have implemented them. Dr Than Sein, head of the Public Health Foundation (PHF), has asked for updated excise rules. The last amendments to this law were made in 1958. According to Myanmar law, producers and retailers are required to pay both the excise and commercial tax, which is at 50 percent of the price of an alcoholic beverage, whether imported or domestic.

Even though some regions have raised licence fees, Dr Than Sein said the fees are not high enough to impact on the price of alcohol. According to an article the local media, Dr Thain said: “In the hluttaw, a proposal to further increase commercial tax on alcohol to 200 percent was also rejected.” In the Yangon Region Parliament, a draft law has been signed raising the tax on beverage trading. The draft shows a tax increase from 200 to 400 percent on the wholesale price of foreign alcoholic beverages.

Tax evasion by businesses producing, distributing and retailing alcohol is another problem. Data from the Myanmar Liquor Association showed that of the 40,000 businesses only about 100 pay both commercial and excise taxes, while 10,000 pay only the latter.

However, in this case, if higher taxes were to be introduced numerous businesses which pay the required taxes will be at an unfair disadvantage. If the increase of taxes, combined with campaigns and movements to abolish illegal alcohol production were to be put in place, a first step to improving the situation could be offered. Nevertheless, even international research questions the effectiveness of charging higher taxes to discourage problem drinking. Also by law, foreign investors, who are welcomed, would fall under this tax and might be reluctant to expand their operations to Myanmar.

Regarding foreign investment, the Myanmar Investment Commission (MIC) has granted permits to foreign beer companies. The permit stipulates foreign investors must cooperate with local firms owned by citizens and work in a joint venture, thus allowing them to operate in Myanmar. Since the ban, this is the first time imports of liquor from foreign countries will officially be allowed.

Nevertheless, a reform of the laws related to alcohol production, sale and consumption is not an immediate priority amongst parliamentarians. Therefore, it is still questionable when the government is ready, and available, to change the current regulations.