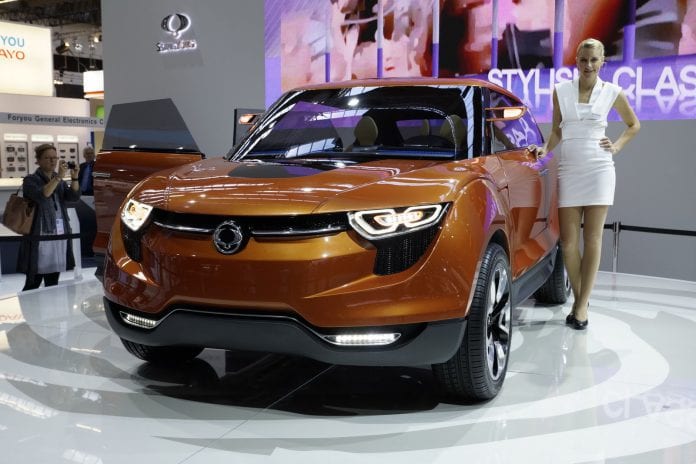 Customers will be able to purchase SsangYong’s cars at a discount of up to K8.5 million ($8,500), given the payment is settled in cash, SSS, SsangYong’s authorised dealer in Myanmar, said.

“One year insurance for the whole car will also be provided with the owner’s name,” SSS Director U Kyaw Thiha said. The cars are guaranteed for three years or 100,000 kilometres, he added.

In 1997, Daewoo Motors, now Tata Daewoo, bought a controlling stake from the SsangYong Group, only to sell it off again in 2000, because the conglomerate ran into deep financial troubles. In late 2004, the Chinese automobile manufacturer SAIC took a 51 percent stake of SsangYong Motor Co. In January 2009, after recording a $75.42 million loss due to global economic crisis and shrinking demand, the company was put into receivership.

A 70 percent share of SsangYong was acquired by Indian Mahindra & Mahindra Ltd for 522.5 billion won ($492.7 million) in February 2011, after being named the preferred bidder in 2010 to acquire the bankruptcy-protected company.

SsangYong’s production output in 2012 was 119,142 units, and the company garnered revenues of 2.874 trillion won ($2.7 billion) the same year. It’s main production base in South Korea, while it has factories in Ukraine and Russia.