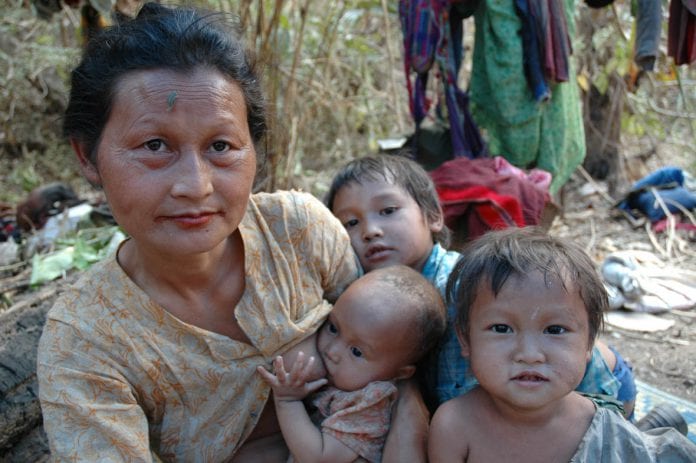 Myanmar has recently become a lucrative destination for foreign investors, ever since the election a couple of years ago. For the hydropower industry, the natural resource-rich country is among the last targets with high potential.

A few weeks ago, the World Bank Group organised a workshop on Sustainable Hydropower and Regional Cooperation in Naypyitaw with some 200 participants from IFIs, Burmese state authorities, Thailand’s electricity utility EGAT, Thai and Chinese private companies, and Thai banks. Interestingly, there was just a small number of academia and civil society participants.

Electrification is an emerging issue for the new Myanmar. Economic growth, urbanisation, and industrialisation require massive electrification. Nowadays, only about one third of the Burmese population has access to electricity. However, most of the large hydropower projects that are being proposed are for export to neighbouring countries including Thailand and China.

The World Bank states that Myanmar has hydropower potential for up to 100,000 megawatts (MW). Geographically the country is centrally located between South and Southeast Asia. But the unexploited hydropower resources are seen as having obstructed the economic development of the country.

The director of the Hydropower Department presented that there are 302 hydropower projects in the whole country, with a theoretical installed capacity of 46,330MW. However there is currently only 3,011MW connected to the national grid. The government is developing electrification to cover the entire population.

This is different from Laos, for example, where the country focuses on concession and BOT (Build, Operate, Transfer; meaning that a third party, from either the public or private sector, receives a concession to construct and operate a project for a certain period of time). The example given at the workshop was the Xayaburi Dam on the mainstream of the Mekong River, where a Thai company got a concession agreement and has an agreement to export electricity to Thailand (through EGAT) for 29 years. However, the project’s Power Purchase Agreement and EGAT’s involvement is currently under review after a case was filed by communities in Northern Thailand at Thai administrative court.

In the workshop, the World Bank Group presented the concept of sustainable hydropower – that hydropower is clean, affordable, and reliable – notions which have been widely contested throughout Southeast Asia. Moreover, they claim that regional corporations would enable neighbouring countries to have access to cheap electricity, while Myanmar would get income.

However Renewable Energy Association of Myanmar (REAM), a civil society group, pointed out that most of the population in Myanmar lives in remote and off-grid areas. If the government and the World Bank Group genuinely aim to bring electricity to the local population, decentralised off-grid solutions are the best option, not large-scale hydropower dams for export.

Ethnic armed conflicts in the Salween Basin (Shan, Kayah, Karen state) and the Upper Ayeyarwaddy in Kachin state were among some of the key concerns raised in the workshop.

Saw John Bright of Karen Social and Environmental Action Network said that the political and historical context in the country is complex and sensitive, and that the global pattern used by the World Bank Group elsewhere cannot be applied easily here. “In ethnic areas where military clashes are ongoing, the issue of ownership will be critical if the government allows a company to build a hydropower dam. Who will take responsibility when the natural resources are taken from local communities and they do not have a say?”

A representative from Myanmar Peace Support also spoke about the history of hydropower in ethnic armed conflict-affected areas and the adverse social and environmental impacts on local people.

“Dams and hydropower do not have a beautiful name in Myanmar. In fact our lessons have been of suffering. The postponed Myitsone Dam project on the Ayeyarwaddy river in Kachin state, for example, has left hundreds of resettled families in the relocation site without any assistance for years.” A Kachin ethnic participant said, “The Myitsone Dam, to be built by a Chinese company, will destroy the spiritually important landmark of the Kachin, where the two rivers meet and form the Irrawaddy. We do not have any castle or palace, but our ancestors protected and passed down to us the natural heritage, the rivers. It is our heart.”

The strong voices and concerns of the small number of civil society groups and community representatives present at the meeting seemed to take many regional government officials and industry representatives off guard, and yet such concerns should not come as a shock. It is clear that the myth of “sustainable hydropower”, as it is being sold now, will not simply be accepted, and that a “one-size fits all” model will not work in Myanmar.

The workshop raised many questions for me about the future of such development in Myanmar: What will be the standards for the influx of foreign investment on hydropower? What laws or regulations will be established to ensure the accountability and obligations of the hydropower industry? For Myanmar in particular, we need to identify “No-go areas” for hydropower, due to ongoing armed conflicts in ethnic areas.

I hope that questions and issues raised in the workshop will make the hydropower industry realise the reality in the country: While electricity from Myanmar might look cheap for investors from the outside, there are many invisible costs both environmental and social which are not taken into account, the majority of which will be borne by the poorest communities, including the millions of refugees throughout the country. Better and more appropriate alternatives to large hydropower dams hold great potential in Myanmar, and must not be overlooked for the profit of a small number of people.

Pianporn Deetes is Thailand Campaign Coordinator at International Rivers, a non-profit, non-governmental, environmental and human rights organisation based in Berkeley, California, United States. She can be reached at pai@internationalrivers.org. Founded in 1985 by a host of social and environmental activists, International Rivers works with a global network of policy and financial analysts, scientists, journalists, development specialists, local citizens and volunteers to address destructive dams and their legacies in over 60 countries.