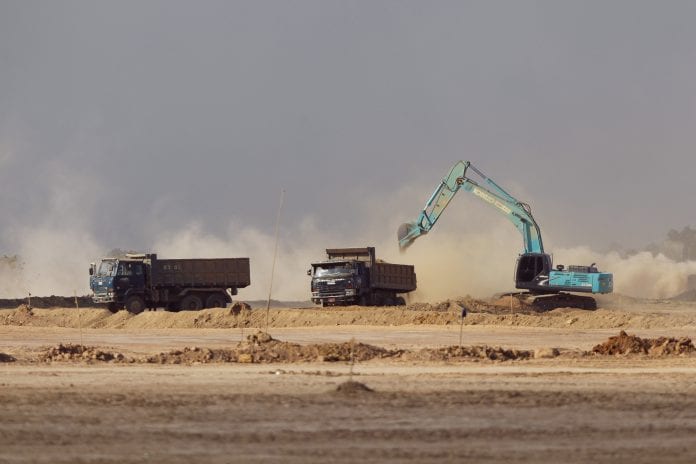 After half a century of isolation, Myanmar’s immediate challenge is to sustain reforms, boost foreign investment and diversify its industrial base. Unlike other Asian tigers, it must cope with a far more challenging international environment.

Recent headlines from Myanmar have caused unease in the United States, Europe and Japan. While the controversies are social by nature, they have indirect economic implications.

First, the aid agency Medecins Sans Frontiers (Doctors Without Borders) was ordered to cease operations as the President’s office alleged that the MSF was biased in favour of Rakhine’s Muslim Rohingya minority. Then, President himself asked parliament to consider an intermarriage law, which appears to call for the kind of restrictions that opposition leader Aung San Suu Kyi has condemned.

Meanwhile, the global agriculture giant DuPont launched its business operations in the country. Indeed, as foreign companies have been rushing to Myanmar, the commercial capital Yangon is struggling with Southeast Asia’s highest office rental rates.

But could the recent emerging market volatility sweep across the country?

Catch-up in the post-globalisation era

In the next 5-10 years, Myanmar has potential to evolve into a “mini-BRIC”; that is, a rapidly growing large emerging economy – but only if it relies on the right growth conditions and can sustain the momentum.

Since taking office, President Thein Sein has introduced a slate of reforms and significantly improved Myanmar’s ties with Washington and European countries, which has unleashed a rapid inflow of Western trade and investment. The advanced economies are fascinated with Myanmar, its population of 60 million people and the last remaining emerging economy.

Economically, Myanmar lost half a century of progress, due to its geopolitical insulation. With underdeveloped institutional capabilities, poor revenue performance has led to persistent fiscal deficits, which have been financed by the central bank. As a result, volatile inflation averaged 23 percent between 2001 and 2010, which hit the poor hard, undermining domestic confidence in the kyat.

Myanmar is larger than France in size, but has a young labour force, abundant natural resources, including natural gas, copper, timber and gemstones. In 2012/13, Myanmar’s economy grew at 6.5 percent. Fuelled by increased gas production, services, construction, foreign investment and strong commodity exports, it is on track to grow 6.9 percent in the medium-term.

As it seeks to diversify its foreign trade and investment, Nay Pyi Taw is amidst a delicate balancing act between Chinese and Western capital. To succeed, it must find ways to protect both its old and new investors. Domestically, the critical challenge will be to use these resources to diversify the country’s nascent industrial structure.

The emergence of Myanmar has often been compared with that of Asia’s tiger economies in the 1960s and 1970s, and China in the 1980s. There is a major difference, however. During the past decades, emerging economies in Asia benefited from the booming global integration. Today, the global landscape is far more challenging.

True, recently global activity has picked up as growth prospects grew firmer in the second half of 2013, thanks to the lingering recovery in the advanced economies. But in these nations, growth remains policy-driven and is not yet self-sustained.

While the US has recovered fastest, its exit from the monetary stimulus is likely to take until the end of 2010s. Europe will cope with policy-driven support well into the 2020s. And Japan hopes to overcome its two “lost decades” with a bold reform gamble.

Further, a new bout of financial volatility has recently affected certain emerging and advanced economies, as markets reassess their fundamentals. This volatility began to rise last fall, intensified in December, when the US Fed started its tapering, and peaked in January after the Fed continued to taper.

Given high reliance on the abundant natural resources and low productivity in agriculture, Myanmar’s economy is vulnerable to potential shocks, however.

Let’s focus on the common denominators in those fragile emerging economies that were penalized the most. Typically, many had fiscal and currency account deficits, excessive inflation, falling growth rates and persistent, long-standing political uncertainty fuelled by impending elections.

Unlike India, Indonesia, Brazil, Turkey or South Africa, Myanmar has not been adversely affected by the recent volatility. On the contrary, the outlook is positive and the economy’s growth could rise to 6.9 percent in the medium-term, as long as the reform momentum will prevail.

While reforms do protect Myanmar in the long-term, the short-term challenges are a different story.

After all, while Myanmar’s budget deficit decreased to 3.7 percent of the GDP, the currency account deficit increased to 4.4 percent of the GDP in 2012/13. In the past, inflation has haunted the country, but was barely 2.8 percent in 2012/13; however, it has risen significantly, on the back of food prices, housing rental costs and fuel.

So economic risks exist, but remain subdued as long as there is a solid growth momentum. What about political risk?

The next general election is due by November 2015. While the National League for Democracy has said that it would participate in the election even without a constitutional amendment, its leader Aung San Suu Kyi has vowed to challenge the old charter that blocks anyone whose spouse or children are overseas citizens from leading the country.

Political risks do exist and may intensify, but as long as they will not cause political fragmentation, reform momentum can be sustained.

However, Myanmar’s internal ethnic and religious friction is a different story. While it does not directly threaten the growth momentum or the ongoing reforms, it does have potential to dampen investor interest in the West, shift resources from economic development to political consolidation and aggravate domestic divisions.

Toward decisive and accelerated progress

In this case, there are several potentially negative scenarios, including a stalled US recovery, a new bout of uncertainty in Europe, a possible failure of reforms in Japan, an unanticipated slowdown in China, or further plunge of the commodities.

The only way for Myanmar to move ahead is decisive and accelerated progress. That requires at least the following:

A strong reform momentum to avoid growth reversals, while building resilient institutions and deepening the rule of law;

Inclusive economic growth to ensure that catch-up growth will benefit all segments of the society in the entire country;

Reconciliation to overcome the kind of ethnic friction and religious violence, which were initiated during colonialism, but which have been re-ignited by an impending sense of nation-hood.

Adequate political consensus among the large parties to support enforcement in order to enable change, even when it challenges entrenched interests.

Dr Dan Steinbock is the research director of international business at the India, China and America Institute (USA) and a visiting fellow at the Shanghai Institutes for International Studies (China) and EU Center (Singapore). For more, please visit:  http://www.differencegroup.net.