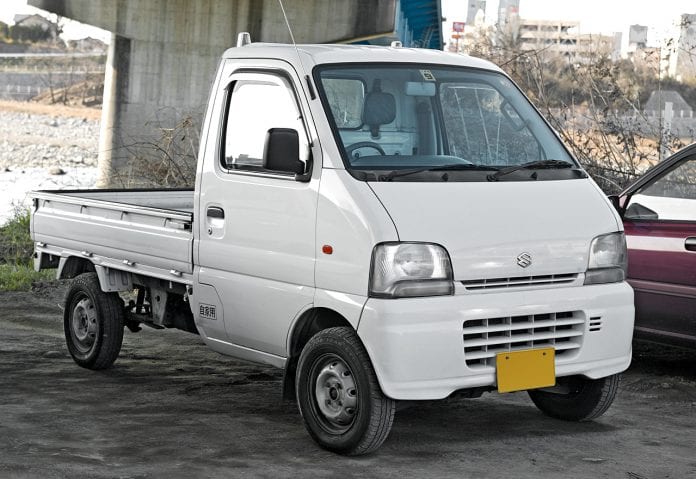 Japanese automaker Suzuki’s Carry-branded minitrucks have seen a considerable rise in sales in recent months in Yangon amid increasing demand for cargo and passenger carrying vehicles in the commercial hub of the country, auto dealers say.

“In February, Suzuki Carry was the best seller in the automobile market. The model has an affordable price range and the vehicles are of good quality,” Ko Zaw Linn, an automobile dealer, said.

“In January, Yangonites purchased a lot of Toyota’s Probox-branded cars to run them as taxis. But now they are turning to Suzuki pickup trucks as there is a greater demand for carrying cargoes and passengers in the city,” he said.

Suzuki Motor Corp started manufacturing 100 small trucks a month in Myanmar last year after it received approval from the Myanmar government to resume production in the Southeast Asian country.

The move made Suzuki the only Japanese automaker to be producing vehicles in Myanmar, where many foreign companies are seeking to expand as the country embarks on economic reforms. Suzuki used to build vehicles in Myanmar for 11 years, until 2010.

Suzuki, Japan’s No.4 automaker by sales, utilises its existing plant in Yangon, and about 80 to 90 employees is involved in operations there.

Suzuki, whose Indian subsidiary Maruti Suzuki is the top producer of small cars in India, has said it is also considering building a new plant in Myanmar, although Chairman Osamu Suzuki has said it could take years to be completed.

Suzuki produced about 6,000 automobiles and 10,000 motorbikes in total in Myanmar between 1999 and 2010 under a joint venture that included Japanese trading house Toyota Tsusho Corp. The venture ended in 2010 after its business licence from the government expired.