Taiwan Branding Stymied By Its Success At Making Others’ Gadgets 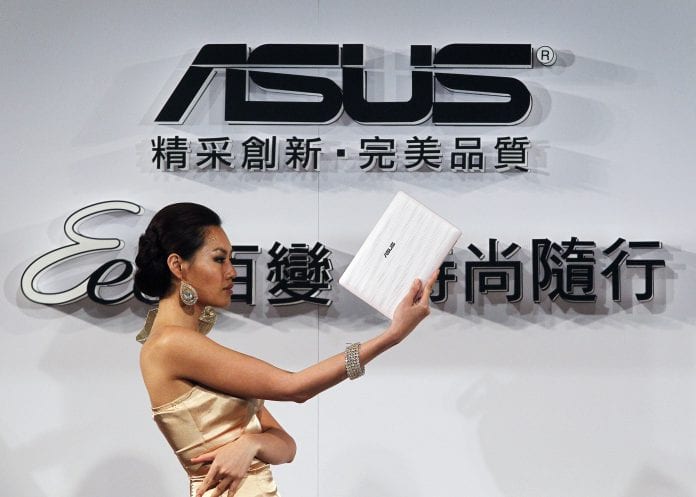 Taiwan’s success at designing and mass producing must-have gadgets for branded rivals such as Apple Inc makes it tougher for its companies trying to launch aspirational consumer brands of their own.
Ben Ho, marketing chief at smartphone maker HTC Corp, says his firm’s shift from original design manufacturer (ODM) to branded company has been a challenge for marketing and messaging.
“For an ODM player, things are much simpler – you ship to the operators and your job’s done,” he said in an interview. “As a company, we decided to become a brand … it opened up a whole new area of engagement.”
With ruthless efficiency and technical prowess, most large Taiwanese manufacturers were founded a generation ago by engineers or business people for whom cost control was king. Products were faster, lighter, more compact and feature-packed, but lacked a coherent brand image to attract consumer loyalty – even after these ODMs decided to become brands.
Now that the electronics and technology goods that Taiwan manufactures have become increasingly commoditised, the country’s lack of an innovative breakthrough is more apparent.
Not so long ago, the likes of Acer Inc and Asustek Computer Inc (Asus) looked set to lead Taiwan’s economy down a path similar to Japan and South Korea, moving from assemblers of gear exported westwards to globally admired brand champions.
In 2010, Acer was the world’s second-largest notebook manufacturer. In 2011, HTC controlled a fifth of the United States market for smartphones – second only to Apple. Today, both are fending off talk of buyouts as sales have slumped and their stock prices have followed.
Last month, HTC posted its first ever quarterly net loss and could lose more than T$1.62 billion this year, according to SmartEstimates.
Many view these companies’ past triumphs as incremental at best, and coincidental at worst.
The popularity of smaller, web-friendly notebooks in the late-2000s, pioneered by Asus, was a stepping stone to the tablet wave later unleashed by Apple. Similarly, HTC’s early dominance in the market for Android, Google’s mobile operating system, is viewed as mere good timing: it was first to offer a genuine iPhone alternative.
Now, Taiwan’s progression up the innovation ladder has stalled, with potential economic fallout as contract design and manufacturing shifts to mainland China and elsewhere, where costs are lower and talent plentiful.
The irony is that Taiwan has played its back-end role to great success for decades.
According to Mark Stocker, a Taipei-based branding consultant who has worked alongside local firms for two decades, Taiwan’s economic miracle was built on a simple formula of “finding a product, making it cheaper, getting those orders – then finding the next product and doing it all over again.”
Stocker and others believe this process has become dogma to Taiwanese technology firms – so much so that they fail to understand that customers now want more than just low prices and a long list of features.
“Taiwanese bosses don’t really have an idea how to make a more appealing product based on emotional value,” said Albert Chen, a former industrial designer for Acer and a design consultant for HTC. He compared Taiwan’s product creation process to Samsung’s, where consumer lifestyle is a key consideration.
“When I go to different exhibitions, whether it’s electronics or design shows or consumer shows, I rarely see Taiwanese designers or developers or product planners. I just see people in execution level, top management,” Chen said.
“They’re good at business strategy, but this is not the way to create a good product.”
In putting technological muscle ahead of consumer taste, Taiwanese designers are forced to work around what engineers want – the opposite of how Apple operates. Conflict is common in an environment where designers strive to think ‘outside the box’ and managers are still fixated on cost-performance ratios.
“What’s odd is that when we have discussions with project managers at Asus or Acer, they say ‘don’t worry about our product image’,” said a senior designer at a large ODM, who didn’t want to be named.
“The project managers, most of whom have engineering or R&D backgrounds, don’t trust their own in-house designers.”
Benjamin Chia, Taiwan-born chief creative officer at elemental8, a Silicon Valley-based design consultancy whose client list includes Samsung Electronics, Microsoft and Motorola, says Taiwanese designers struggle to gain respect in the corporate hierarchy.
“Upper management knows nothing about design, so they have designers over-explain and over-simplify,” he said. “The product loses its design purity.”
A manager at Asus said the company invests little in product design or consumer interaction, placing most emphasis on price and gadget spec. “Our strategy basically boils down to copying our competitors’ products and adding one more feature or making it cheaper,” said the manager, who was not authorised to speak for the company, so didn’t want to be named.
For many, the only way for Taiwan to break from being a brand-free zone is to make the sort of deep, years-long investment in product innovation that Apple, under its design-obsessed founder Steve Jobs, did for decades.
Especially crucial, say industry experts, is gaining control over the entire user experience of a product, from hardware to software to advertising to sales outlets.
Apple, for example, designs its own chips and operating system, and has a commanding retail presence. And Samsung boasts a strong grip over its supply chain, and has a tradition of end-user products that has built a reputation among consumers.
For Taiwanese companies to succeed at talking to the average customer, price, spec and tech need to take a backseat to image, design and message, the experts say.
“What they haven’t realised is that they’re still using a cost-performance mentality to build brand,” Stocker said. “That’s just not working anymore.”                            Reuters