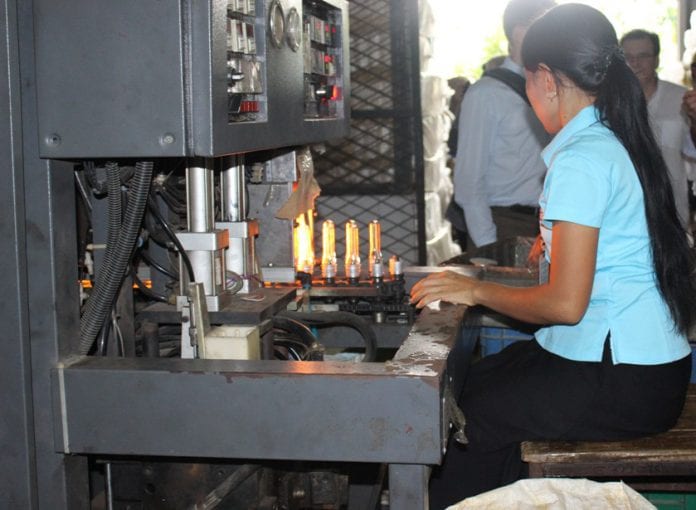 The Taiwan Electrical and Electronic Manufacturers’ Association (TEEMA) said it will spend about $468.39 million (NT$ 14 billion) to develop an industrial park in Myanmar’s southern Ayeyarwady region in a bid to tap the lucrative growth potential of the recently opened country.

According to industry insiders, TEEMA has already signed a letter of intent with its local counterpart to solicit 1,400 hectares of land from the Myanmar government, according Taiwanese media reports.

The association has also commissioned Taiwan-based Sinotech Engineering Consultants Inc, a corporate consultant, to assess the feasibility of the project.

At a meeting with Taiwan’s Chinese National Association of Industry and Commerce, Economics Minister Woody Duh confirmed TEEMA’s project and said that the protection of Taiwanese investment in Myanmar is expected to see significant progress in the next two months, CENS reported.

Guo Tai-chiang, chairman of both TEEMA and the Cheng Uei Precision Industry Co, a leading contract maker of electrical connectors and adaptors, said that Japan and Korea are the most active countries in encouraging their firms to invest in Myanmar.

Once the planned industrial park is in operation, Guo said, a thorough supply chain will likely be built, making it easier for Taiwanese firms it to explore the Myanmar market. This is especially significant given Taiwan’s lack of membership in the Association of Southeast Asian Nations and the stalemate over the signing of a cross-strait agreement on trade in goods and services with China.

Guo said investment in Myanmar can be a good alternative to investment in China and Vietnam, as labour shortages and the recent anti-China rioting have aroused concerns among overseas Taiwanese firms operating in those countries.

Cheng Uei’s subsidiary, Foxlink, will see the Taiwanese migration into the planned industrial park by setting up a fossil-fuel power station there to help alleviate Myanmar’s power shortages.