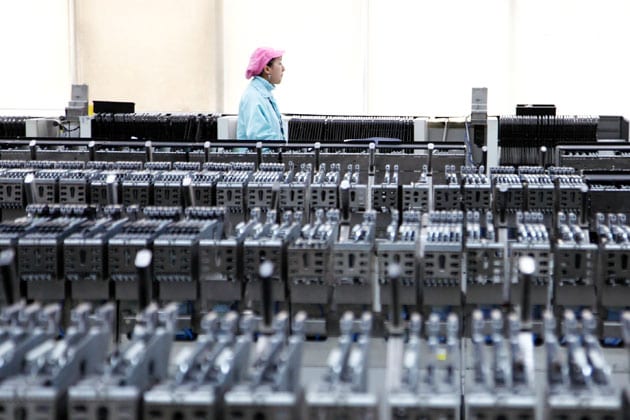 The Taiwan Electrical and Electronic Manufacturers’ Association (TEEMA) is to invest NT$14 billion ($452.64 million) to develop an industrial park in southern Myanmar.

The park will provide a base for dozens of Taiwanese electrical-component makers, and create hundreds of semi-skilled jobs if the project goes ahead.

Taiwanese media earlier cited industry insiders to report that the park is going to be set up in Ayeyarwaddy region.

According to Taiwan’s Economic Daily News, TEEMA has already signed a letter of intent with its Myanmar counterpart to seek 1,400 hectares of land from the local government.

The association has also commissioned Taiwan-based Sinotech Engineering Consultants to assess the feasibility of the project.

The move comes as Taiwan tries to diversify its investments away from both mainland China and Vietnam where it has previously established numerous factories.

TEEMA’s chairman Guo Tai-chiang said Taiwan is keen to focus more on Myanmar to get greater access to the ASEAN market, which is set to launch a tariff-free trading bloc among its 10 member countries at the end of 2015.

“Once the planned industrial park is in operation, a thorough supply chain will likely be built up making it easier for Taiwanese firms it to explore the Myanmar market,” the Economic Daily News quoted Guo as saying.

“This is especially significant given Taiwan’s lack of membership in ASEAN and the stalemate over the signing of a cross-strait agreement on trade in goods and services with China.”

Guo said the location is still to be finalised, but the park would include its own power plant.

Taiwan has stepped up its involvement with Myanmar over the past year. The Taiwan External Trade Development Council opened an office in Yangon in November 2013, while in June, Taiwan’s Financial Supervisory Commission gave the green light for three Taiwanese banks to pursue the establishment of representative offices.

Taiwan’s bilateral trade with Myanmar in 2013 grew by more than 15 percent over the previous year.