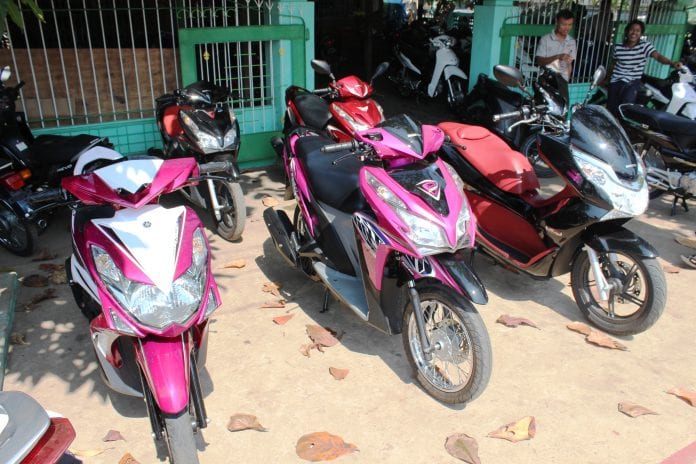 Motorbike market in Taungoo in Bago region has seen a surge in sales amid the authorities’ announcement that unlicensed motorbikes will be granted licence within 90 days, local market sources say.

The Department of Road Transport Authorities (RTA) under the Ministry of Transport in the last week of January announced that it will pardon unlicensed motorbikes by granting them licences to run legally across the country. In June 2012, RTA offered a similar deal to unlicensed motorbike owners.

“People are rushing to get a new motorbike as they know they can get a licence easily. About 50 to 100 bikes are getting sold every day,” a motorbike dealer in Taungoo city, said.

There are four big motorbike showrooms in Taungoo city while another 10 small shops deal with mostly Chinese- and Thai-made motorbikes. The sales of motorbikes are usually better during the rice and bean harvest season as the produce get transported via bikes to different parts of the region, dealers say.

“Prices of motorbikes vary depending on the quality and foreign currency exchange rates,” motorbike dealer U Ohn Myint said.