HomeMMBIZ NewsTaxi Apps on the Market, but Can They Solve the Yangon Problem?
MMBIZ News

Taxi Apps on the Market, but Can They Solve the Yangon Problem? 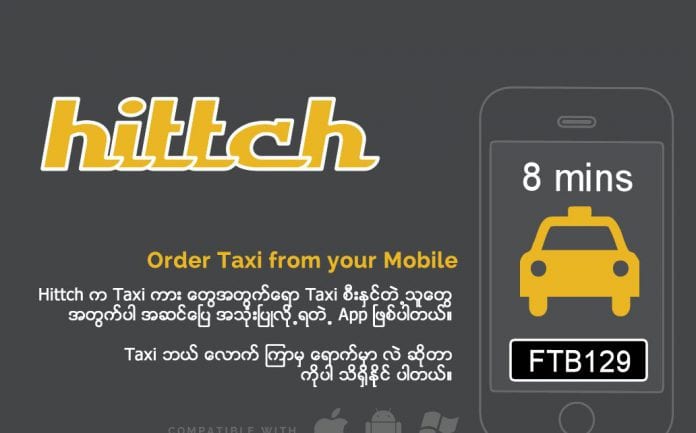 Lately, several local taxi hailing services have been developed, such as hittch.com and hohotransport.com, which hope to copy the American taxi hiring app Uber’s model of calling taxis to users’ location but using mainly registered taxis.

As of now, they are unusably buggy, as to be expected with newly developed web apps, and these problems are compounded by the realities of Yangon’s internet connection. But can these mobile applications ease the problem of the Yangon commute in the long term?

Taxis are plentiful in Yangon, and it isn’t difficult to find a reasonably sober cab driver at any hour of the day. In fact, the number of taxi drivers greatly exceeds demand, lowering the average wage for a driver to $300-400 per month, as they can only collect a few fares per day.

The largest problem in navigating Yangon by taxi is the lack of taxi meters and the fluid bartering system. The current spate of taxi apps still leave potential customers in the dark as to payment. Ultimately, this is because the thin margins of the taxi industry mean that drivers must take into account distance, traffic, weight of passengers, fuel consumption and time of the month.

“It will be problematic to negotiate taxi fares between drivers and passengers. The most important thing is to implement a meter system. Otherwise, there will be disputes on both sides. I think there is a need for an outside party to regulate taxi fares. Currently, it will be difficult to use these apps,” one taxi driver told Myanmar Business Today.

If one app can come forward and succeed, surmounting the issue of getting enough drivers to connect, Yangon’s underdeveloped mobile internet, especially in the areas that need hailing apps the most, and the difficulty of negotiating payment, then Yangon could use these services to vastly improve the transportation situation.

This, in turn, could lead to higher paid taxi drivers, but less need for taxis on the road, which could buy Yangon valuable time to solve its growing traffic problem.

Representatives from Hitch or Hoho Transport could not be reached for comment.