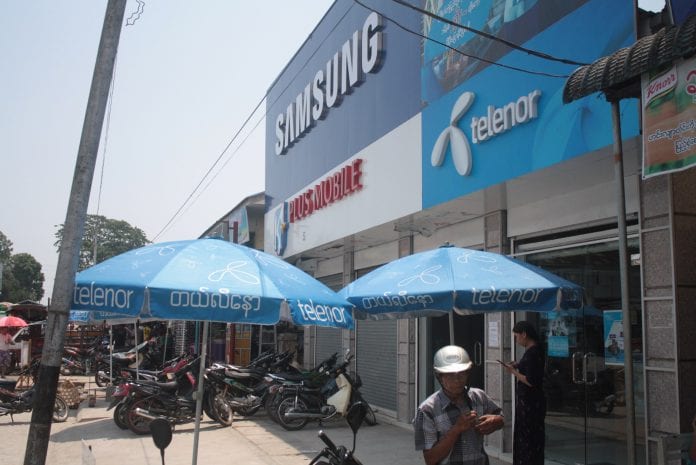 Telenor Myanmar said that it has officially opened its network in Myitkyina, the capital of Kachin state.

“As in other parts of Myanmar, we are at an early stage of rolling out our network. Myitkyina is launched with only half of the towers planned for this year and the quality will continue to improve as our network is expanding,” Petter Furberg, chief executive officer of Telenor, said.

“We will continue to invest in expanding our rollout to other parts of Kachin in the coming months, alongside upcoming expansions to Kayah, Shan, and Tanintharyi. Additionally, we are focused on adding capacity and optimising quality in areas where we are already present to improve the quality of our network, particularly for indoor coverage.”

Furberg said in Yangon Telenor has increased the number of towers to 669 from 348 at the launch in October last year, while in Mandalay the firm now has 325 towers turned on, from 70 in September 2014.

“We also opened a fibre link to Thailand in February, which continues to deliver significant improvement in data connectivity, and is critical for our ability to grow our customer base.”

At present, Telenor has over 1,850 towers nationwide, and is expected to rollout between 3,000 and 4,000 towers by end-2015. Since September 2014, Telenor has expanded its network to close to 50 percent of populated areas in Myanmar, the firm said.

Telenor has deployed more than 500 points-of-sales (POS) in Myitkyina.