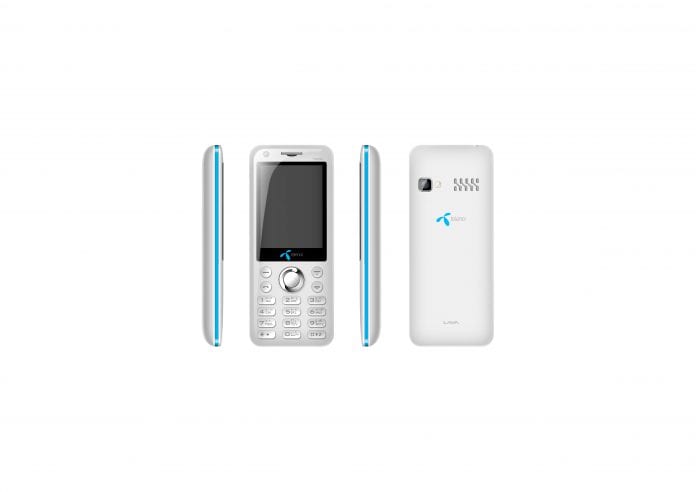 The new phones called T300M and T400M became available in Telenor shops and a range of outlets in areas where the network is in operation from March 26.

The introduction of the feature- and smartphone follows the two first Telenor handsets in Myanmar, T100M and T200M.

“We’re launching one feature phone for the large number of our customers who are using the 2G and 3G networks and who would prefer a reasonable feature phone. Meanwhile, our new T400M caters for those who benefit from the 3G connection with a touch-screen smartphone.

“We are looking to make the journey from 2G to 3G as easy as possible when the user wants to take their data experience to the next level. And they can with these affordable handsets,” said Petter Furberg, CEO of Telenor Myanmar.

Furberg said he wants the customers, some of which are first-time mobile users, to have an easy solution for their needs for basic voice, SMS and internet services.

“When we introduced our T100M and T200M handsets in 2014, we were overwhelmed by the customer feedback and the great demand for these mobiles. Once again we will introduce the popular handset bonus for T300M and T400M, which includes free mobile internet, on net talk time and SMS for the customer for six months.”

Telenor said the handsets also support Myanmar language and the bonuses will be counted from the first day of subscription and delivered within 72 hours upon making the first call from the Telenor SIM. Both handsets are dual SIM, with slot 1 dedicated for Telenor SIMs.

Telenor SIM cards which have already been activated with a Telenor handset and thus been awarded bundle benefits are not eligible for another bundle benefit until the previous bundle expires, the Norwegian operator said.

Telenor said its coverage will continue to expand into new states and divisions in the coming months, and next to be launched are Tanintharyi, Kayah, Shan and Kachin from May onwards.

“In addition to working hard to reach new areas, we are also determined to improve the quality of our network in the already launched areas. It has been challenging to roll out towers but we have reached more than 1,600 towers in Myanmar to date. To further enhance the data experience, we have upgraded more than 90 percent of the towers to both 3G and 2G,” said Furberg.