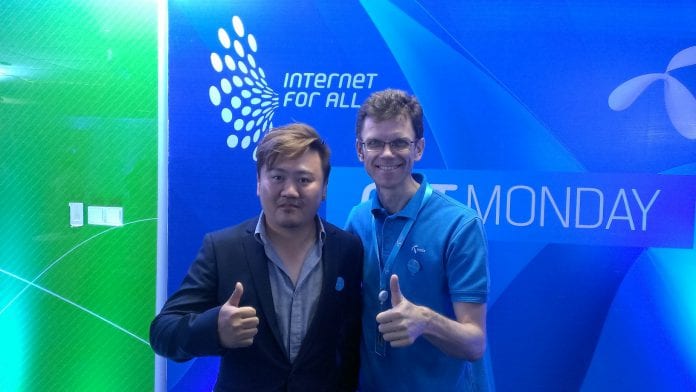 Telenor Myanmar, which won a fiercely-contested battle for telecoms licences in Myanmar last June along with Qatar-based Ooredoo, said no pre-registration would be required to get a SIM card and customers will receive it immediately once they pay.

Telenor’s SIM cards will be at a fixed price of K1,500 ($1.6) “with interesting promotions and will work immediately upon inserting into the mobile phone,” the firm said in a release.

There will be no age limit and no limit on the number of SIM cards purchased as long as the customers can present an identification card, it added.

Telenor said its 2G network will normally provide 100 Kbps to 150 Kbps with traffic, while its 3G network will provide 700 Kbps to 1Mbps in peak hours when the internet traffic is high on the network and 4-6Mbps in off-peak hours.

The firm, which also operates in Bangladesh, India, Pakistan and Thailand, said it will make available its 4G LTE services once there is “sufficient LTE enabled mobile phones usage in the market.”

Telecom industry is expected to drive foreign direct investments (FDI) into Myanmar, which opened up to the world following years of political and economic isolation. The Myanmar Investment Commission (MIC) projects FDI to hit between $4 and $5 billion by 2015 thanks to its emerging telecommunications industry.

Directorate of Investment and Company Administration Director General Aung Naing Oo, who is also an MIC member, said earlier that the telecom sector has the highest potential to attract FDI into Myanmar, and it will rake in 20 percent of the total FDI in 2014.