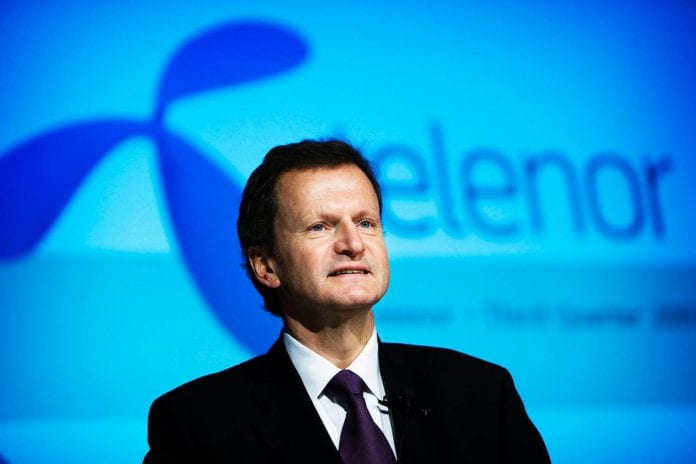 Telenor is ready to begin work on building its telecommunications operations within the country, as soon as the government authorities complete the final negotiations on the telecoms licenses that were handed to Telenor and Ooredoo in June.
“We are in the midst of getting the final touches to the telecoms law and the regulations,” Jon Fredrik Baksaas, president and CEO of Telenor told Global Telecoms Business. “When that is done, hopefully by the end of this year, there will be a roll out period until the launch can take place later in 2014,” he added.
Slowly emerging from years of military rule, Myanmar’s telecommunications sector is seen as a key area of growth, both for the country’s own economy and international businesses coming in. According to recent figures, less than 10 percent of the country’s 60 million population is connected to a mobile phone, but that figure is expected to explode once the international operators roll out their work and make SIM cards more affordable.
In a country where many workers earn less than $100 a month, a SIM card, even on the blackmarket, is available for at least $150.
“This is a country of 55 to 60 million people that really has the benefit of becoming part of mobile communications. The deployment of telecoms in Myanmar will probably be as efficient as we have ever seen before,” Baksaas said.
He added that it was important for all of the country’s population to have access to a mobile phone.
“The mobile phone is not something for the elite or the rich. The mobile phone is not a luxury item. On the contrary, it is something for everyone.”
Baksaas raises the possibility that there will be some element of sharing with Ooredoo. “The concept of sharing will be widely used, because the country has a lack of basic infrastructure when it comes to energy. Base stations need to be set up, backhaul to be constructed,” he said.
It is almost the last chance in the world to build a new mobile business in almost untouched market, he said. “There aren’t that many greenfields any more. You can say that Ethiopia is one. And North Korea.”
“In our case we are participating in the last greenfield as such,” says Baksaas. “Then of course it’s an evolution in many markets, Myanmar included, to be addressed by us in the future.”
Speaking of the role of the telecoms industry in general, Baksaas spoke of the tremendous impact it can have on society.
“Not least, we invest a lot locally and we are in that sense the trusted partner. When we are handling your communications to your friends, your business partners and all your relations. That is a phenomenal asset.”