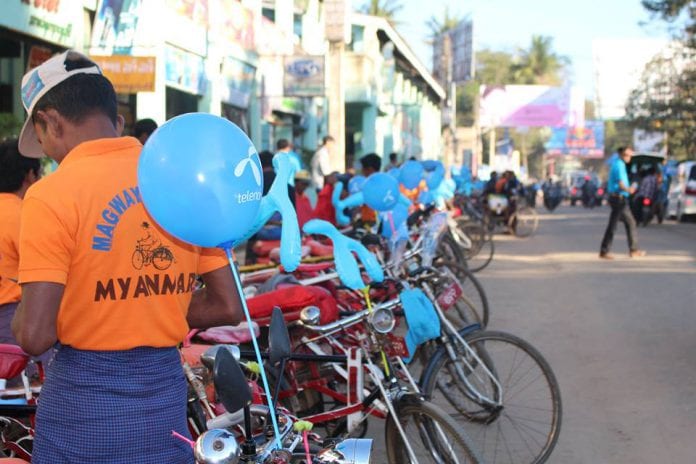 Mobile phone operator Telenor missed fourth quarter profit estimates and expects margins to fall this year amid intense competition in Thailand and as it ramps up spending in Myanmar, sending its shares seven percent lower.

In past years Norway’s Telenor has outperformed European peers because of its exposure to faster growing markets in Asia, including Indian and Bangladeshi units which also disappointed in the fourth quarter.

Telenor, which has over 180 million subscribers across Europe and Asia, is building a network from scratch in Myanmar and struggling in Thailand where costs are up and margins on handset sales are negative, the firm said.

“We are not satisfied with the present results in Thailand,” chief executive Jon Fredrik Baksaas said. “The past few quarters (Thai unit) dtac has not been able to increase data revenues sufficiently.”

In 2015, Telenor expects revenue to grow by “mid-single digits” and its earnings before interest, taxes, depreciation and amortisation (EBITDA) margin to fall to between 33 percent to 35 percent from last year’s 35.4 percent.

Its yearly dividend of 7.30 crowns per share, also disappointed as markets had expected 7.77 crowns.

Telenor shares were down 7.75 percent last week, making the stock the second worst performer among Europe’s top firms and wiping $2.5 billion off its market capitalisation.

Over the last three months the stock has been flat, underperforming the 15 percent gain on the European telecom index as the government’s plans to cut its stake to 34 percent from 54 percent also put off investors. Still, on a price to book value comparison, Telenor is in the middle of its peer group.

Analysts said some of the disappointment would be temporary as spending in Myanmar has only being brought forward, pointing out that the firm picked up 3.4 million new customers in its first few months there.

“We believe both the top-line growth and margin guidance reflect in particular the much faster ramp in Myanmar, where the ‘peak funding’ guidance means incremental spending to enable this growth is a timing issue,” brokerage Jefferies said in a note.

In Telenor’s core Scandinavian market, which generates just over a third of profits, the firm performed broadly in line with forecasts with the Norwegian unit ahead of expectations. (Reuters)