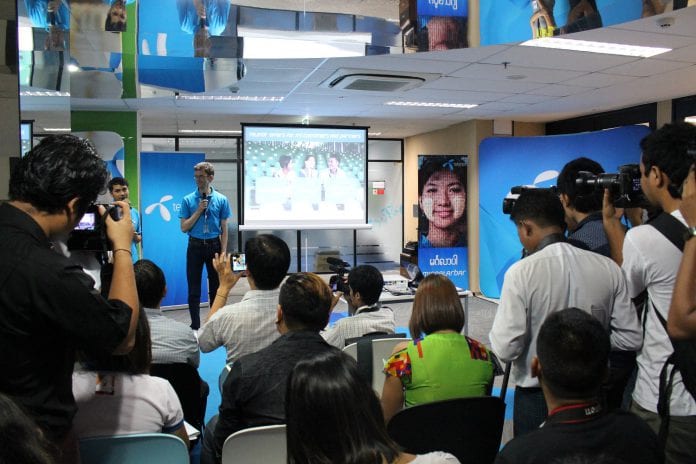 Telenor Myanmar moved back its Yangon launch further by 10 to 15 days in a bid to ensure improved network, the firm said.

“We are taking more time to provide better network and additional services. The challenges we faced regarding weather and securing permits for construction have now been solved,” Petter Furberg, CEO of Telenor Myanmar, told a news conference on October 15.

The Norwegian telco firm launched its services in Myanmar by switching on its mobile network in Mandalay on September 27. It expanded its coverage in Nay Pyi Taw on October 4, and said Yangon will follow suit roughly two weeks after Mandalay.

However, Furberg said at the press conference that the firm is eyeing a new launch date “within 10 or 15 days.”

In response to a question from Myanmar Business Today, Furberg said Telenor will release one million SIM cards in Yangon at over 6,000 retail shops in the first phase.

“In the beginning it’s going to be sufficient,” he said.

Furberg said the firm has built 305 towers in Yangon region but a total of 800 is needed to provide a complete coverage in the region.

Telenor will construct at least 100 towers per month in the coming months, he added. Furberg said the firm will build 30 more towers in Mandalay because of increased use of its SIM cards in Myanmar’s second largest city.

Telenor said earlier that once the main three cities have been switched on, the network will continue to expand to other cities and regions as more towers are completed.