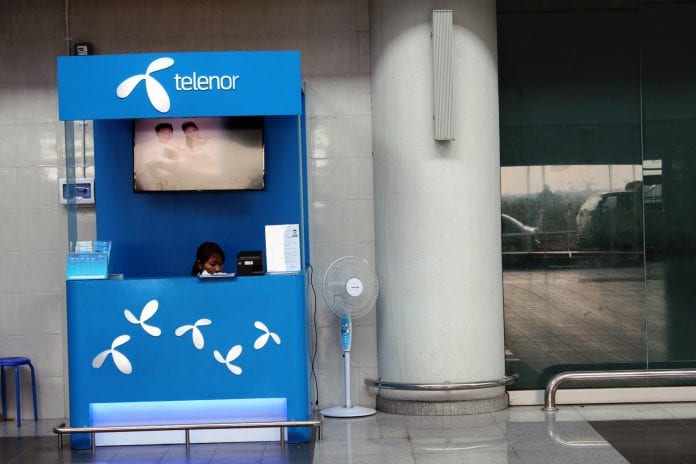 Norway’s Telenor, which has over 190 million subscribers across Europe and Asia, said a third of its customers were now active internet users, proving that efforts to convert voice traffic to more lucrative data were paying off.

Revenues rose and margins improved at its struggling Thai unit, dtac as average revenue per user jumped 21 percent from a year earlier.

In Myanmar, one of the world’s poorest nations, Telenor made an unexpected operating profit and predicted rapid growth after starting operations just last year, suggesting the economy was more dynamic than anticipated.

“To be EBITDA positive so fast, this is something that we haven’t seen before,” Chief Executive Jon Fredrik Baksaas said. “The Myanmar economy has had more money in circulation than we had originally expected.”

“We will now increase the speed of our roll-out and ramp up (capital expenditure),” Baksaas said.

The firm picked up 6.4 million customers since its launch and its average revenue per user was more than four times bigger than in India or Pakistan.

Shares in state-controlled Telenor, which have been performing in line with the sector, jumped as much as 5 percent to a record high last Wednesday.

A big outperformer during Europe’s economic struggles, it has lost some of its shine due to tough competition in places such as Denmark, India and Thailand, and its valuation was broadly in line with the average of its peers before last Wednesday’s rally.

Still, over three years, the stock is up 75 percent, well ahead of a 53 percent rise by the European telecoms index .

“This is a solid report, good all the way,” Christer Roth, an analyst at DNB Markets said. “The biggest positive surprises are from Myanmar and Pakistan … I’m a bit uncertain to what degree we can expect Myanmar to stay at these levels.”

It now sees revenues growing by 5 to 7 percent this year, above a previous guidance for “mid-single digit” growth, and sees EBITDA in a range of 34 to 36 percent, up from a previous 33-35 percent forecast. (Reuters)