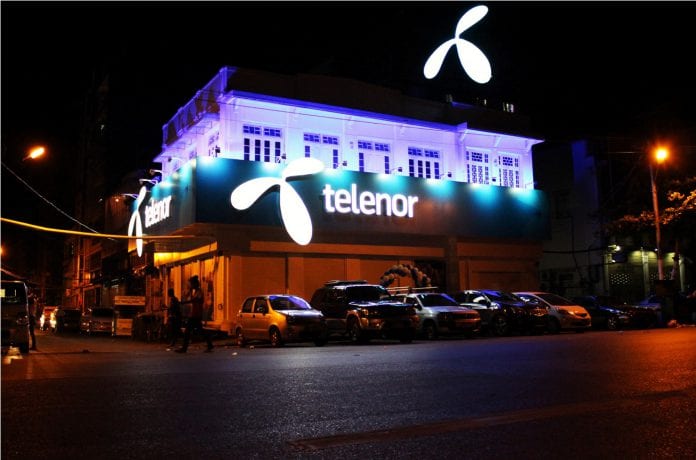 Telenor have launched their Yangon network with 1 million SIM cards dispensed to 9,000 different suppliers in the last week of October operating on roughly 348 sites. It blamed the wet season and obtaining building permits for towers as the reason for delays in launching the network in Myanmar’s largest city.

“I’ve seen a lot of mud because when you dig 10 by 10 meter holes in the rainy season it’s very difficult to stop them from becoming swimming pools,” said Petter Furberg, CEO of Telenor Myanmar, at Telenor’s monthly Net Monday event.

The Norwegian firm said the expansion of its network will begin in townships outside the main city areas starting with townships in Mandalay and Yangon regions and then moving into Naypyitaw townships.

The current towers are 900mhz band for 2G networks and 2,100mhz band for 3G networks which would offer an “okay” indoor experience, because of its shorter reach making it necessary for more 3G towers to be built.

On the Net Monday event, held a day after the network launch on October 26, Telenor listed their call and text charges as well as internet plans, claiming to be the most internet-friendly and cheapest telecom company in Myanmar. It boasted “affordable fast internet” at K6 for 300kbps and K10 for 2mbps.

Furberg said Telenor’s main motive is to allow everyone affordable access to the internet whether it is on 2G or 3G. Telenor’s handset plans include K19,900 for a 2G enabled phone, also for K49,900 a 3G enabled phone both dual SIM compatible.

He said there are free Wikipedia and free Facebook with all Telenor plans, while confirming and reinforcing that there will be no need to turn on and off mobile data roaming as “you pay for what you use.”

Like Ooredoo, Telenor is involved in Corporate Social Responsibility projects to “give back” to the community. The firm reiterated that it’s piloting community project hubs where people with limited access to the internet can use Telenor powered facilities to connect.

Using technology to help improve the health of communities is another initiative and Furberg there are other undisclosed projects that are set to take off in the future.

When asked about the next step and moving onto 4G Furberg said: “If in the future people in Myanmar want 4G and have LTE phones, then we will consider building the 4G network.  But right now very few people in Myanmar are walking around with an LTE phone.”