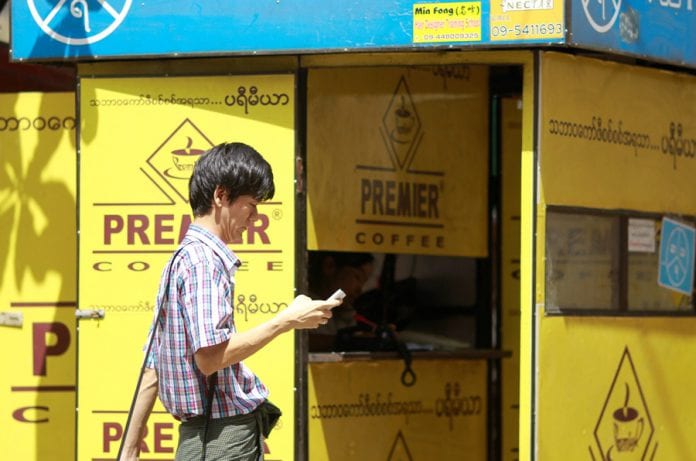 Mobile phone company Telenor expects to start operating its network in Myanmar in the third quarter of 2014, a few months later than expected, due to a delay in finalising the licence, the CEO said on Wednesday last week.
Myanmar, one of the world’s least developed telecom markets had mobile penetration of just 11 percent in 2012 – per capita, the fourth lowest in the world.
The country awarded its first foreign-held mobile licences to Telenor and Qatar’s Ooredoo in June after receiving interest from more than 90 companies and consortia.
Norwegian state-controlled Telenor expects to roll out its base stations early next year after completion of the licensing process by the end of this year, Jon Fredrik Baksaas told reporters on the sidelines of an industry conference in Bangkok.
“We are waiting for the final clearing of telecoms laws,” Baksaas said, adding that the deadline for finalised details of the licence was on December 3.
“Licensing will be fully completed by the end of this year, which means we can start (to) roll out base stations and network early next year and open sometime in the third quarter of next year,” he said without giving details about investment.
Telenor had said in October it planned to start up operation in Myanmar in mid-2014.
Ooredoo has said it planned to spend $15 billion over the 15-year licence period. It is also seeking to share transmitter towers with Telenor as they build greenfield networks in Myanmar.
Myanmar’s two state-backed telecommunications operators are seeking investors to put in more than $1 billion as they prepare to compete with Telenor and Ooredoo.
Telenor, which has more than 150 million subscribers across Europe and Asia, has outperformed its European peers mainly driven by Asian operations, especially in India, Bangladesh and Thailand.
Asia contributed about half of its revenue, Baksaas said.                            Reuters