Telenor to Spend Less Than Expected on Myanmar Network 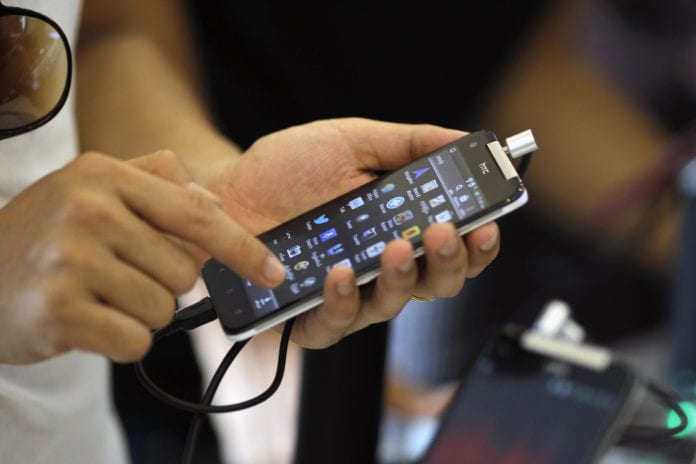 Norwegian telecoms group Telenor will spend less on developing its new network in Myanmar than investors expected and predicted it would start generating cash within three years in a country with the world’s lowest mobile penetration rate.

The company said it would pay $500 million for a 15-year licence in one of Asia’s poorest countries and expects funding costs, or the fee plus accumulated losses until the cash flow break even, to peak at $1 billion – lower than the $1.5-$2 billion forecast by analysts.

Myanmar picked Norway’s state-controlled Telenor and Qatar’s Ooredoo last year to build new mobile networks, bringing foreign companies across one of the world’s last telecoms frontiers, where less than a tenth of the 60 million population have a mobile phone.

This was a milestone for the once pariah state’s transformation from decades of military dictatorship to quasi-civilian government under reformist President Thein Sein and the deals should bring a leap forward in digital technology that could speed up economic development.

Telenor’s announcement will come as a relief to investors after start-up difficulties in India, where the company needed more than four years to reach cash flow break even and had to abandon most of its operations after a dispute with the government.

“The market thought they would have to invest up to $2 billion so when they say $1 billion, that’s a marginally positive surprise,” Christer Roth, an analyst at DNB Markets said.

“The contours of the Myanmar deal appear to be better than we had expected.”

However, on the firm’s three-year break-even forecast, Roth said: “It’s very hard to say how realistic that goal is before they give us some more details on the profitability of this project.”

Telenor, which has about 150 million subscribers in Asia, the Nordics and central Europe, said it would launch voice and data service within eight months in Myanmar and expects to cover 90 percent of the country’s population within five years.

Ooredoo has previously said it would begin rolling out a network within six months and aims for 97 percent coverage in five years.

Telenor made almost half of its 2012 revenue in Asia, while 28 percent came from Norway and 26 percent from the rest of Europe, according to Thomson Reuters data.

Telecommunications were tightly controlled in Myanmar under military junta rule of almost 50 years, with the government monopolising the sector and selling SIM cards for thousands of dollars when they were introduced a decade-and-a-half ago.

The military stepped aside in 2011 and a quasi-civilian government was installed, setting off a wave of political and economic reforms. The European Union, United States and other Western countries have since increased aid and investment, and suspended most sanctions against the country.

“With a population of around 60 million, of which less than 10 percent have access to mobile services, Myanmar represents a strong business opportunity for Telenor in Asia,” said Telenor, which also operates in neighbouring Thailand and Bangladesh.

“All in all this seems quite sensible,” Espen Torgersen, an analyst at brokerage Carnegie, said of Telenor’s Myanmar project. “A lot of people feared that the investment level would be more than this.”

He also said he needed more information before he could assess whether the break-even forecast was realistic.

However, investors didn’t seem to react well to news on January 30 that major Norwegian telecoms firm Telenor had succeeded in obtaining a license to provide mobile phone service in Myanmar. Telenor’s stock fell 1.4 percent on the Oslo Stock Exchange, and was only slightly recovering on January 31.

The shares slid all week and further on January 30, possibly because of the investment obligations the deal places on Telenor, and the political instability still tied to Myanmar, which is emerging from decades of harsh military rule.

Newspaper Dagens Næringsliv (DN) reported that Telenor, which has expanded greatly in Asia, will need to use horses and wagons, river boats, motorcycles and possibly elephants to transport materials needed to build out Myanmar’s new mobile network. There is little existing infrastructure in Myanmar, lots of untouched nature, dense jungle and often stifling temperatures and humidity.

Helicopters will also aid the construction, though, and Telenor seems to be prepared for a huge job ahead. “Myanmar is a large country with many mountains, rivers and valleys,” Telenor spokesman Tor Odland told DN. “There aren’t always roads and many areas don’t have electricity. Then we have to be creative in how we get equipment out where needed.”

DN reported that Telenor, which earlier has pledged an eagerness to help “rebuild Burma,” is paying the government $500 million for its licence to provide them, and expects to spend millions more before it gains a positive cash flow on operations.