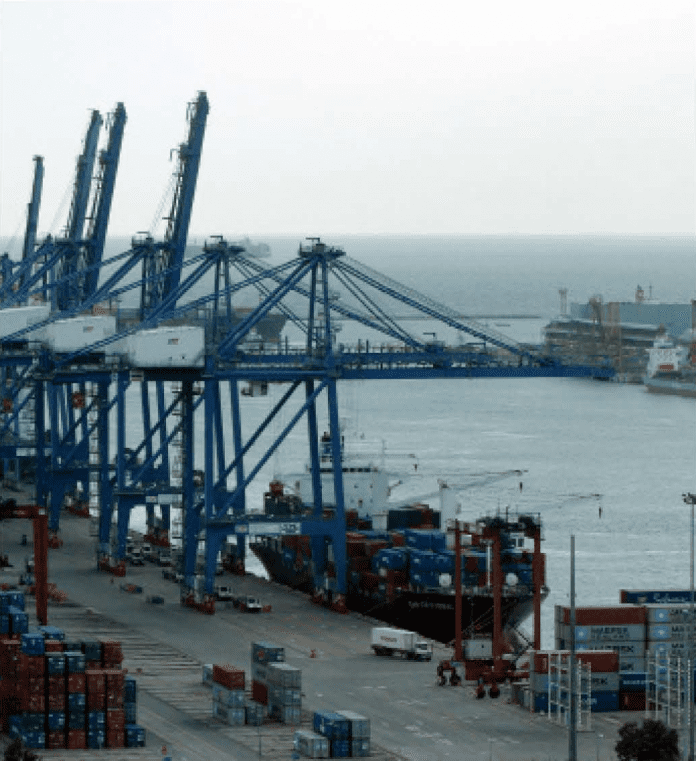 Thai exports unexpectedly fell in July for the third month in a row, raising concern that lingering weak global demand will make it harder for the country to escape recession.
The Commerce Ministry reported on Monday last week that exports declined 1.48 percent in July from a year earlier while imports rose 1.08 percent.

Exports are pivotal for Thailand, accounting for about 60 percent of its economy.

In the first seven months of 2013, exports rose just 0.6 percent from a year earlier.

“While we still expect exports to improve, the weak July data is not a good sign for export growth this year, which could be lower than 3 percent.

It will have quite an impact on economic growth,” said Pimonwan Mahujchariyawong, an economist at Kasikorn Research Center.

Thailand slipped into a mild recession in the first half of the year, as the economy shrank on a quarterly basis in each ofthe first two quarters.

However, the national planning agency last week said the economy is expected to grow in the third quarter on both a yearly and quarterly basis.

Southeast Asia’s second largest economy grew 2.8 percent in the second quarter year-on-year. But it shrank 0.3 percent from the January-March period, when it contracted 1.7 percent.

The Commerce Ministry blamed the July shrinkage, like previous ones this year, on weak global demand.

It mentioned slowdowns in China and the United States and said the eurozone was still in recession last month.

Exports to China in July fell 5.3 percent from a year earlier, compared with June’s 16.7 percent decline.

As in June, the only market showing growth was Southeast Asia. Thai exports to neighbours rose 8.6 percent in July, up from June’s 5.5 percent on-year gain.

The ministry said it would review its 2013 export growth forecast of 7.0-7.5 percent next month.

In July, the Bank of Thailand slashed its export growth projection to 4 percent from 7.5 percent.

It also lowered its economic growth estimate to 4.2 percent from 5.1 percent.

Bernard Aw, an economist at Forecast Pte in Singapore, said while exports remain under pressure, the Thai numbers should get better in the second half “on the back of improvement in the US and Japanese economies, as well as signs of stabilisation in the eurozone.”

Aw said he expected the central bank to keep its policy rate unchanged at 2.5 percent for the rest of the year, barring a sharp deterioration in the economy. Thammarat Kittisiripat, an economist at TMB Bank, said further policy easing was likely later this year.