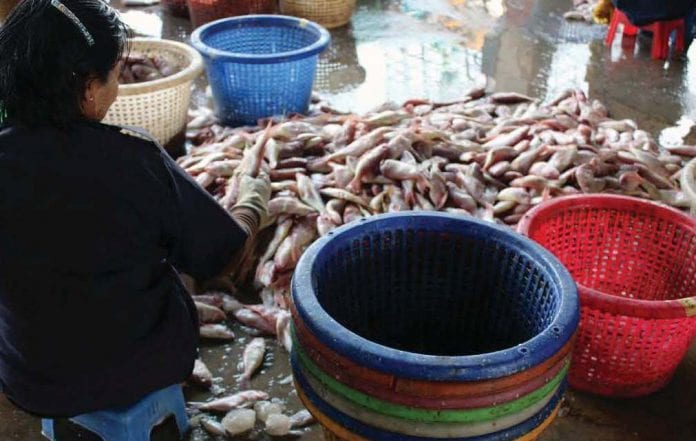 Thailand’s fisheries industry players are showing interest in investing in Myanmar to take advantage of a preferential tariff system, according to the Myanmar Fisheries Federation (MRF).

The European Union (EU) in July 2013 inducted Myanmar into a preferential trade regime, “Everything But Arms”, which is part of the EU’s Generalised Scheme of Preferences (GSP) and grants least developed countries (LDCs) duty-free and quota-free access to the European market for all products except for arms and ammunitions.

However, Thailand’s GSP privileges, which granted extensive tariff benefits to the country for the last 15 years, expired in January as it graduated to the status of a middle income country.

“EU has stopped offering GSP to Thailand as it is considered a relatively developed country. By shifting their production base to Myanmar Thai fisheries producers can enjoy the benefits that we have been granted,” U Win Kyaing, secretary general of MRF, said.

The US State Department in June 2014 named Thailand as one of the world’s worst centres for human trafficking, saying it was “not making significant efforts” and was a source, destination and transit country for forced labour.

Myanmar, despite having rich fresh water and sea resources, still haven’t been able to take full advantage of the GSP allowances, MRF said.

U Win Kyaing said a number of Thai fish farming companies are planning to expand their fish and prawn farms in Myanmar, however, warned that the authorities need to be careful in approving foreign investments to protect national interest.

Myanmar exports about $600 million worth of fisheries every year, from its 400,000 acres of fish and prawn firms in the whole country, according to MRF statistics.