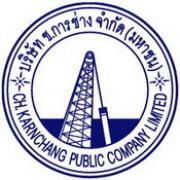 The company may start investing in Myanmar in 2014 or next year depending on market demand, said chief executive Plew Trivisavavet, according to Thai media reports. The firm made a similar move to Laos about 10 years ago.

Myanmar’s power sector has been receiving a steady flow of foreign investments since the country opened up three years ago, with American, South Korean and Singaporean power companies leading the way.

Plew said Myanmar and Laos has better potential for business than Cambodia and Vietnam. More than two-thirds of the company’s revenue comes from Laos, while the rest comes from Thailand.