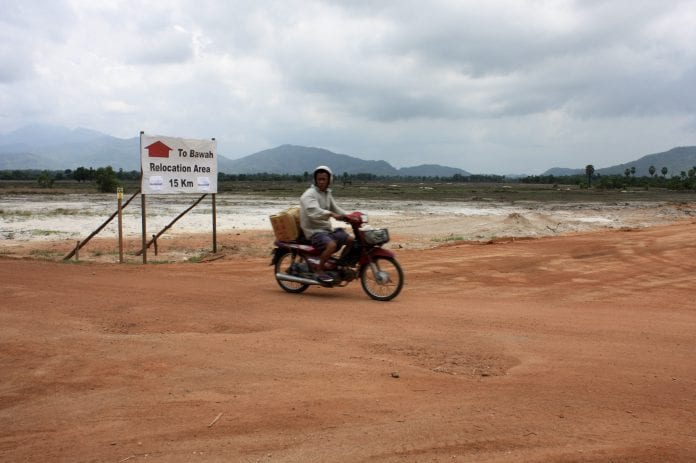 “The prime minister said we will push to develop the Dawei zone with Myanmar and Thailand and all sides are prepared to move forwards with trilateral talks so that the Dawei project can materialize as quickly as possible,” Yongyuth Mayalarp, a junta spokesman, told Reuters.

The project has seen years of delays that were largely blamed on Italian Thai Development Pcl, the project’s leader, which had failed to secure private investment and agree on a power source for the complex.

Thailand and Myanmar seized control of the strategically located complex, billed as a gateway for trade in Southeast Asia, from ITD, Thailand’s largest construction firm, in November 2013.

Japan has expressed increasing interest in Dawei though talks with Tokyo have stalled. The project could be a significant boost to swelling Japanese industrial interests in the region.

“We would like to see the Dawei project advance in cooperation with Thailand and Myanmar after a long suspension,” Kiuchi said, giving no further details.

Located in southeastern Myanmar with highway links to Bangkok and Thailand’s eastern seaboard, Dawei is slated to be Southeast Asia’s largest industrial complex, if ever completed.

The industrial zone would be a potential boon for firms relying on the transport of goods around the cumbersome Malacca Strait, the world’s busiest shipping lane.        Reuters