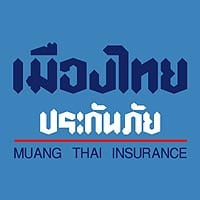 Thailand-based Muang Thai Life Assurance Plc became the first Thai insurer to win a permit to set up a representative office in Myanmar, which boasts a large population and a booming economy.

Myanmar authorities granted the company a permit last month, making it the fifth foreign insurer to set foot in the country.

For the first time in more than 50 years, the state-owned Myanma Insurance and the Insurance Business Supervisory Board (IBSB) has given insurance companies conditional approval to start operating in the country.

Twelve companies met the criteria set by the IBSB and Myanma Insurance.

Before the military government nationalised many businesses in 1963, 70 local and foreign insurance companies had been operating in the country.

Only the government-owned Myanma Insurance Enterprise has since remained in business.

“We studied the market for a long time in preparation for the ASEAN Economic Community, which is due to begin in late 2015. And now the time is ripe to make the big move. Thanks to reforms and abundant natural resources, the country has become the darling of foreign investors. The country is also forging ahead with several large-scale projects,” said CEO and president Sara Lamsam.

She said the company is well prepared to start a full-fledged operation in Myanmar either through a joint venture with a local firm or a sales office once it is allowed.

“We will prepare our infrastructure and build our brand in Myanmar and we will study other neighbouring countries, because we believe life insurance will prosper from the coming of the AEC.”

They include oil and natural gas pipelines linking Myanmar’s port of Kyaukphyu (Sittwe) in the Bay of Bengal with Kunming in China’s Yunnan province, the Thilawa Special Economic Zone, and the planned highway project linking the country with India and China.

Besides Myanmar, Muang Thai Life is conducting a feasibility study to invest in other ASEAN countries such as Laos, Vietnam, Cambodia, Indonesia and the Philippines.