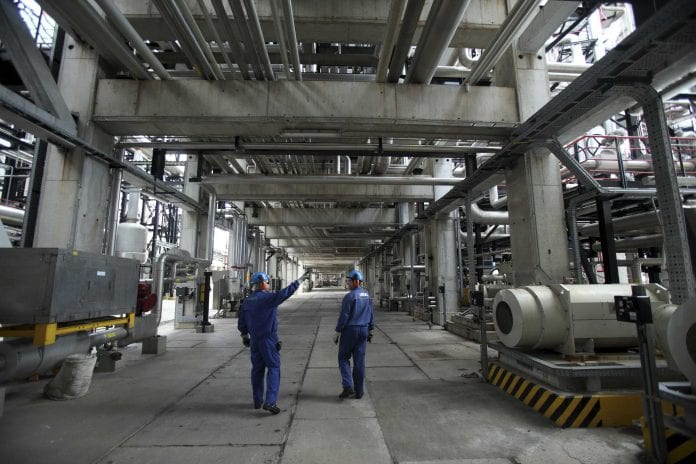 A new oil refinery that Thai Oil Pcl wants to build in Myanmar would have a capacity of 150,000 barrels-per-day, Thailand’s top refiner said.

That would make it the first such large-scale facility constructed in several decades in the country as it opens up to investment after a quasi-civilian government took office in 2011.

The company will propose the refinery as part of a bid to win a deal to upgrade two state-owned refineries in the south of Yangon, with capacity of about 20,000 bpd each, chief executive officer Veerasak Kositapaisal said after a shareholder meeting last week.

“We will propose the new refinery plan together with the upgrade plans to the Myanmar government,” Veerasak said, without giving details on cost or location.

Thai media previously reported the firm wanted to construct a refinery in its neighbour, but details on the size were not included.

As part of its Southeast Asian expansion, Thai Oil is also keen to join with Indonesian state oil firm Pertamina to invest in wax production in that country, Veerasak said.

Its shareholders also approved a plan to sell up to $500 million in bonds to fund future investment, he said.

The refiner, which recently expanded into the solvent chemical business in Vietnam, aims to invest $300-$500 million a year over the next three years.