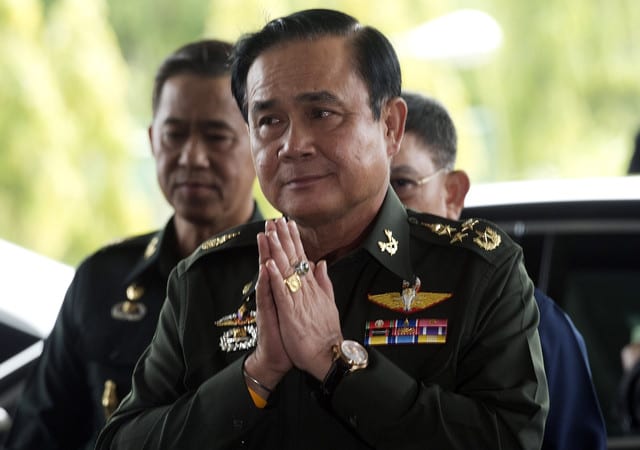 Prayut's visit, which is also his first overseas trip since named prime minister in August, is aimed at strengthening bilateral ties and economic cooperation and pushing for the long- delayed Dawei deep-sea port and industrial estate projects in Myanmar's southern Tanintharyi region initiated by Thailand.

Prayut is expected to meet Myanmar President U Thein Sein and other high ranking officials in the capital for discussing issues of mutual interest, including trade, border security and Myanmar migrant workers in Thailand.

He is also expected to meet Thai investors in Yangon and visit the Dawei Special Economic Zone project site.

Thailand is a key trade partner of Myanmar and trade between the two countries reached 5.682 billion U.S. dollars in 2013-14, according to Myanmar statistics, with Myanmar's export amounting to 4.306 billion dollars and import standing at 1.376 billion dollars.

အောက်တွင် မြန်မာလို ဖတ်ရှုနိုင်ပါသည် The government of Myanmar has announced that it will provide a total of K20 billion to over one thousand businesses, who applied...
Read more
Business

အောက်တွင် မြန်မာလို ဖတ်ရှုနိုင်ပါသည် The Ministry of Planning and Finance issued an order on September 22 extending the deadline for tax payment on the unassessed income...
Read more
Business

အောက်တွင် မြန်မာလို ဖတ်ရှုနိုင်ပါသည် Dr. Than Myint, Union Minister of the Ministry of Commerce, at the first meeting of the Joint Commission for Trade and Industrial...
Read more

September 25, 2020
အောက်တွင် မြန်မာလို ဖတ်ရှုနိုင်ပါသည် The government of Myanmar has announced that it will provide a total of K20 billion to over one thousand businesses, who applied...

Screen Time for Children During Homebased Learning – A View from...