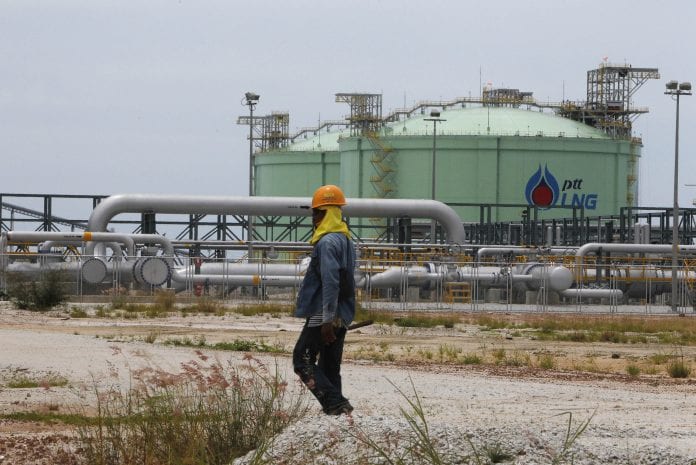 Thailand’s PTT PCL said it plans to negotiate arrangements for import of liquefied natural gas (LNG) with several gas suppliers, including Chevron Corp, to offset a decline in domestic resources and to secure long-term supply.

PTT, Thailand’s sole gas supplier, has a 20-year contract to buy 2 million tonnes of LNG a year from Qatar starting this year.

The company has so far not revealed the names of the firms with which it is talks for LNG supplies, except for Anadarko Petroleum Corp, an operator of a Mozambique gas field in which PTT’s unit has a stake.

Natural gas is used for almost 70 percent of Thailand’s power generation. About a fifth of supplies are piped from Myanmar.

But imports from Myanmar are likely to fall, given Thailand’s neighbour is expected to use more of its natural gas resources for its own development.

PTT executives also planned to have talks with Malaysia’s Petronas about potential LNG cooperation in the future, the statement said.

To secure short term supply, PTT is looking to form partnerships with France’s Total SA and Shell about possibilities to buy LNG from the spot market, it said without elaborating.

Thailand’s domestic gas consumption is expected to average 4,800 million cubic feet per day this year, or a growth rate of about 3-4 percent a year, PTT said.