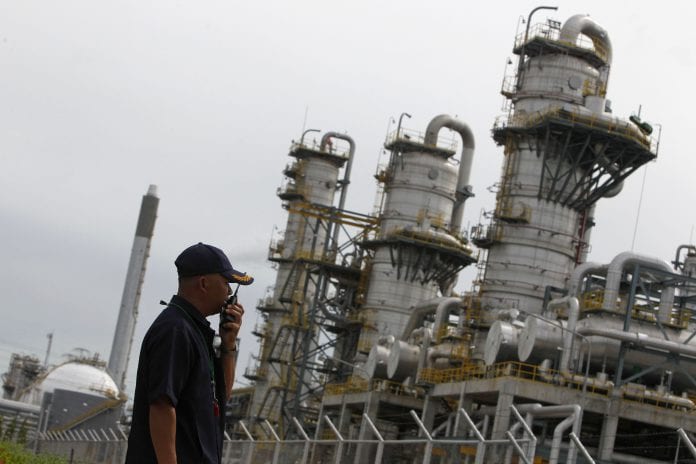 Thailand’s PTT PCL said it is planning to more than double its imports of liquefied natural gas (LNG) this year compared to last, partly to help replace potential declines in pipeline imports from Myanmar.

Natural gas is used for almost 70 percent of Thailand’s power generation. About one quarter of those supplies are piped in from Myanmar, although those contracts are winding down and Thailand’s neighbour is expected to use more of its natural gas resources for its own development.

The plans for the increase in LNG import volumes to 5 million tonnes a year come after PTT, Thailand’s only gas supplier, cut LNG targets last year as demand slowed after months of domestic political unrest.

“There’s still a downside risk to our LNG import target for this year, and it could fall to just 3 million tonnes, due to a weak domestic economy and poor gas demand overall,” PTT CEO Pailin Chuchottaworn told reporters.

PTT, on January 8, was taking delivery of a 90,000-tonne cargo of LNG from Qatar Liquefied Gas Company Limited, the first shipment in a 20-year contract to import 2 million tonnes a year from the Middle Eastern nation, a company statement said.

That import terminal has a capacity of 5 million tonnes a year, and PTT is building a second LNG terminal at the same site and of the same capacity, with completion expected in 2017.

As it prepares for falling imports from Myanmar and declining domestic output from the Gulf of Thailand, PTT is also studying a plan to build an LNG receiving terminal adjacent to a gas pipeline linked to gas fields in Myanmar.

Such a site on the coast of Myanmar would offer a more convenient delivery point for LNG from Middle East suppliers.

PTT CEO Pailin said the price of the first Qatar Gas cargo was attractive, close to the $10 per million British thermal unit (mmBtu) that PTT pays for natural gas from Myanmar.

The Qatar Gas contract is linked to global oil prices, and CEO Pailin expects LNG delivery costs to fall under $10 per mmBtu over the next one or two months.

Pailin said PTT was still in talks with several other LNG suppliers in the United States, Australia and Russia to secure long-term supplies. (Reuters)