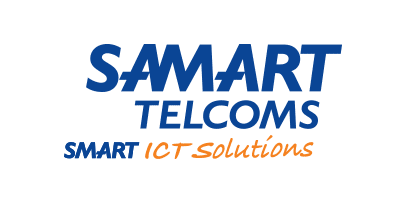 Thai telecoms-to-energy group Samart Corp Pcl said it planned to set up five waste-to-energy power plants this year, up from its previously forecast two projects, in a bid to diversify revenue.

Samart, which gets half of its revenue from mobile handset distribution unit Samart I Mobile PCL (SIM), has ventured into the utility and transportation sectors and is looking to expand overseas to help offset weak consumption at home.

The company is talking with partners to invest jointly in garbage-fuelled power plants in Thailand that is estimated to cost 1 billion baht ($29.46 million) each, President Watchai Vilailuck told reporters.

The power plants will each have up to 10 megawatts (MW) capacity.

Samart, which also owns a 16-MW power plant in Cambodia, has got a contract to run a waste power plant in Thailand's northern Chiang Mai province is expected to conclude one to two deals with other provinces in the third quarter, Watchai said.

Samart is targeting 2015 revenue of 30 billion baht, with the handsets business share expected to drop to 30 percent of the total from 52 percent last year, Watchai said.

The revenue share from utilities and transportation will rise this year from its 11 percent contribution in 2014, he said, without specifying how much it would go up to.

The company has also revised down its 2015 mobile handset sales target to 3 million units from 4 million, due to the weak economy, Watchai said.

Samart is targeting revenue of 10 billion baht from SIM, the largest contributor, down from the earlier forecast 12 billion baht, Watchai said, adding the handsets distributor planned to open an outlet in Yangon, Myanmar in the third quarter.

It is looking to tap handset markets in Southeast Asia and the Middle East to offset weak domestic demand, he said.

The 60-year-old company, which also operates an air traffic management service, is working on plans to rebrand its products, and expects the new business plan to be concluded by year-end, Watchai said. (Reuters)