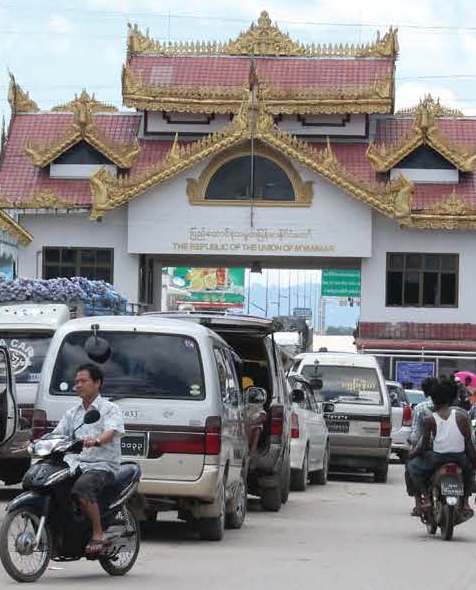 Thailand and Myanmar are targeting to double the value of their two-way border trade to about 120 billion baht ($3.67 billion) in 2016, Thai News Agency (TNA) reported.

An agreement was reached during a meeting between Thai Commerce Minister General Chatchai Sarikulya and his counterpart U Win Myint in Bangkok.

Chatchai told journalists that border trade between the two countries accounts for up to about 80 percent of Thai-Myanmar trade.

Chatchai said a Thai-Myanmar border trade committee and a business council will be set up to promote border trade and support business operators in developing wholesale and retail facilities.

Health, tour and educational services will be developed in the connecting special economic zones of Mae Sot in Thailand’s northwestern Tak province and Myawaddy town in Myanmar.

The two commerce ministers jointly presided over the opening of a trade fair in Tak’s Mae Sot district on January 29.

Thailand will propose a “Mae Sot-Myawaddy Model” strategy to Myanmar to boost border trade and expects concrete progress in the proposal at the next Thai-Myanmar Joint Trade Commission in August 2015.