HomeMMBIZ NewsThailand Or Myanmar: Whither Flows The Capital?
MMBIZ News

Thailand Or Myanmar: Whither Flows The Capital? 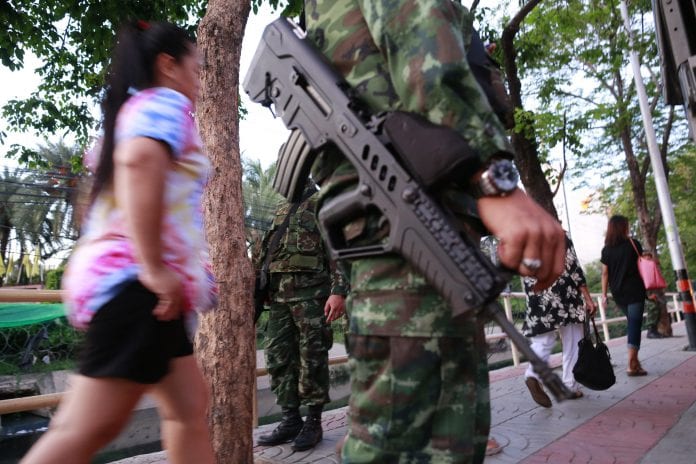 A reversal of geopolitical fortunes means that Myanmar may soon eclipse neighbouring Thailand as a preferred investment destination. If Thailand fails to mend societal woes and if Myanmar continues its political and economic reforms, then foreign investors will begin to redirect their capital away from Bangkok towards Yangon. Critical to these two countries’ prospects will be Thailand’s new constitution and Myanmar’s general elections, either of which could accelerate, slow, or reverse this trend.

The political trajectories of Myanmar and Thailand are heading in opposite directions. Over the last decade, Thai politics have become increasingly turbulent. The situation is so dire that political headway now appears to require shutting down the country’s cities with red- or yellow-shirted protests. The army, which regularly enters into internal politics to reestablish order, is another variable in an already chaotic system. The recent impeachment of Yingluck Shinawatra by a military government exemplified the failings of civilian politics in Thailand.

In Myanmar, on the other hand, positive political transformation continues. Although authoritarian tendencies have not disappeared entirely, a substantive dispersion of political power has occurred within Myanmar’s government. Shwe Mann’s dynamic parliament now competes with Thein Sein’s executive branch. These political checks and balances occur in the midst of increasingly lively political discourse stemming from a growing civil society and an ever more entrepreneurial private sector.

Myanmar’s political makeover has yielded economic benefits. The amount of foreign investment has increased, and just as importantly, this new investment originates from a more diverse set of countries. Although capital inflows are limited by infrastructural deficiencies, progress in some sectors has truly been transformational. In telecommunications, for instance, Myanmar’s mobile penetration rate is skyrocketing, and foreign firms such as Ooredoo and Telenor are competing for the expanding market.

Thailand, despite suffering from an ineffective civilian government, does not appear to have witnessed a dramatic decrease in foreign investment. At present, military control has given investors a false sense of stability. After all, the army ensures that political blockages don’t shut down the economy. That being said, coups do not heal the societal divisions that are the underlying cause of Thailand’s volatility.

If these two countries’ politics continue on their current trajectories, foreign investment will shift from Thailand to Myanmar. Myanmar will become an attractive investment destination as it develops politically, economically, and socially. Thailand, on the other hand, will repel investors by failing to resolve its internal divides. Of course, such a reversal of fortunes depends very much on the outcomes of political processes that are currently underway in each of these countries.

In Thailand, the military government is in the process of drafting a constitution that could be implemented as early as August. Commentators speculate that the final document will include measures that weaken civilian democratic institutions and enshrine the role of the military as an ultimate arbiter. If so, this would deal a serious blow to any prospects of reconciliation between the red shirts and yellow shirts, the two social movements that respectively adore and abhor the exiled former Prime Minister, Thaksin Shinawatra. It can be argued from an economic perspective, though, that this will not necessarily discourage investment.

What certainly would cause investors to flee, however, is if red shirts feel so persecuted that they resort to armed insurrection. At first glance, this scenario seems unlikely. But it actually might not be so outlandish. The forced removal of Thaksin is still a source of anger for his supporters, and the impeachment of his sister feels like a further slap in the face. A new constitution that weakens majority rule could be the final straw. In a country with rampant gun violence, organised crime, drug trafficking, and corruption, not to mention an ongoing insurgency in the south, armed conflict between red shirts and yellow shirts could escalate to a level that would be unpalatable for foreigners. Resultant capital outflows and decreasing tourism would spread financial hardship, further exacerbating societal tensions.

Myanmar, like Thailand, is also undergoing an important political process this year. It is preparing for its much awaited 2015 general elections, which will be held in late 2015 and will determine if the erstwhile pariah state’s political transformation is genuine. It is widely expected that the National League for Democracy (NLD) will perform well, increasing its number of seats and possibly replacing the Union Solidarity and Development Party (USDP) as the majority party in parliament. In either case, diversity within Myanmar’s political establishment will reach unprecedented levels. As different political parties vie for influence, meaningful debate will ensue and politicians will need to become more aware and responsive to their constituents’ views.

Myanmar’s political maturation, if accompanied by well-managed economic liberalisation, could lead to further growth and increase the country’s attractiveness to foreign investors. Of critical importance for attracting capital is the development of infrastructure, such as power supply and banking services. Also necessary are legal frameworks to discourage crony capitalism, and education programs to cultivate human capital. If these requirements are met by responsible economic planners, Myanmar could become quite the attractive investment destination.

The scenarios described above might very well never happen. In Myanmar, the election could be postponed, the fairness of the voting process could be questioned, or the majority party could exercise unrepentant tyranny. In Thailand, it is possible that the new constitution will be introduced without causing much tumult; Thais should be used to constitutional impermanence after the last century anyway, right?

Thailand may overcome its societal rifts and continue enjoying its status as an attractive Southeast Asian market. Myanmar, in turn, may disrupt the fragile progress it has made in recent years and revert to being an economic recluse. Then again, an upset might be in the works. Either way, 2015 will be an important year to see which of these two countries rises as an attractive foreign investment destination, and also to see which one falls.