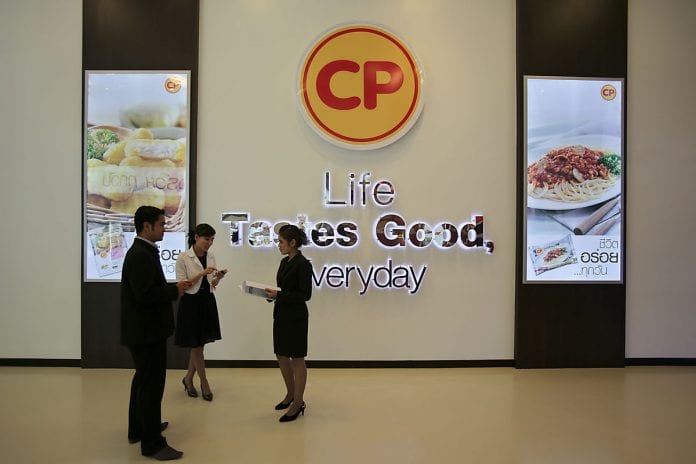 Gross domestic product of the CLMV countries is expected to grow about 10 percent over the next few years, much higher than the single-digit growth at home, Boonkiat Cheewatragoongit, senior vice president for CP’s corporate strategy, told reporters.

CP, controlled by billionaire Dhanin Chearavanont, is among major Thai companies which are aggressively investing overseas ahead of the formation of Southeast Asia’s single economy in 2015.

“The ASEAN single market will offer a bigger market of 600 million people, higher than Thailand’s more than 60 million,” Boonkiat said adding CP aimed to double its chicken production capacity in Myanmar to 10,000 tonnes a month.

Apart from the CLMV, the Phillippines is among outstanding markets due to the large number of population, he said adding CP had so far invested 8 billion baht to build a feedmeal factory in the country.

Unlisted CP Group has branched out from seed into feed, farms, grain trading, foods and to retail, real estate, auto and telecommunications.