The Alibaba Culture: Kung Fu Commerce With A Dash of Theater 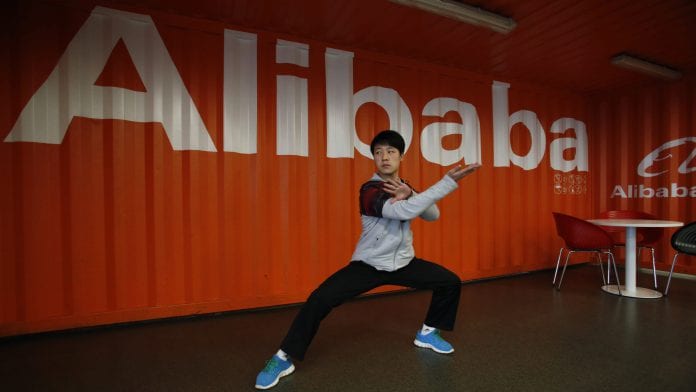 When Jack Ma and his colleagues sat down in 2001 to lay out Alibaba’s defining values, they named them after a martial arts technique drawn from Ma’s love of kung fu novels and their heroic themes.

But the corporate culture of China’s biggest e-commerce company also draws heavily from Western values in a mix of East and West that Ma dubbed ‘Hupan culture’ after the apartment block in Hangzhou where he set up his business.

Alibaba’s aspirations helped it grow from just 18 employees to more than 20,000 today. Along the way, it knocked eBay Inc out of China and is now preparing for a US stock listing that could be the biggest tech IPO to date.

But its romanticism – and even cultishness – has sometimes sidelined the business reality, almost bankrupting Alibaba in its early years and more recently denying Ma his preferred Hong Kong stock listing.

“Alibaba is not like a Chinese company, it’s a blend of the good parts of East and West,” said Andrew Teoh, a former Alibaba executive and founder and managing partner at Ameba Capital. “It’s grown huge, but they maintain a start-up culture. Alibaba is a flat structure, bureaucracy is a pet hate there.”

Crucial to this was Savio Kwan, a former General Electric executive, who lifted from the US conglomerate’s playbook to introduce a reward system that was new to China at the time. Half an employee’s annual appraisal was to be based on their performance. The other half depended on how well they embodied Alibaba’s core ‘kung fu’ values.

“We wanted to make sure that even in a company of 10,000 people it had this Hupan culture, a start-up culture,” said Porter Erisman, a former vice president at Alibaba and director of “Crocodile in the Yangtze”, a documentary on Alibaba’s first decade. “We didn’t want to lose the sense of innovation and teamwork, so those were the systems Savio helped introduce.”

By 2003, Alibaba began work on its first major departure from business-to-business e-commerce. Ma summoned a small group of employees, giving them the option to carry on with their normal work or sign a document and begin a secret project, said Shou Yuan, a former employee who took that second option.

The group gathered in the original Alibaba apartment to create Taobao, the consumer-to-consumer e-commerce site that was launched in 2003 and faced off against eBay, which that year bought rival Chinese site EachNet for $180 million.

At 4pm every day, the Taobao project group would break from work to swim, do handstands and play video games. “We were just a group of country bumpkins, and our competitor was eBay,” Shou recalled.

By 2006, eBay effectively conceded defeat, shutting down its EachNet site. Today, Alibaba dwarfs its US rival, with the Chinese group’s estimated value of around $150 billion more than double that of eBay, and the goods traded over its sites are worth more than eBay’s and Amazon.com Inc’s combined.

Close to the edge

Yet Alibaba’s romanticised notion of itself and its aspirations have sometimes worked against it.

From 2000 to 2001, Alibaba’s confidence had seen it expand too rapidly. Having almost burned through its money just after the dotcom bubble burst, the company was close to bankruptcy. Senior managers targeted potential investors, pitching a vision of a global network of small- and medium-sized enterprises doing business – with Alibaba as the middle-man.

Alibaba was forced to strip down its business, getting rid of international staff and focusing on building a core market in China – a strategy it dubbed ‘Back 2 China’ or ‘B2C’.

More recently, Alibaba’s emphasis on its values has trumped more practical goals. The company was denied entry on to the Hong Kong Stock Exchange after Ma refused to budge on Alibaba’s controversial partnership structure that would see an unelected group of 28 people nominate board members. Hong Kong authorities insisted this violated its one-share-one-vote policy, and ept its doors closed to an IPO.

“If we are not able to maintain our culture, or if our culture fails to deliver the long-term results we expect to achieve, our business, financial condition, results of operations and prospects could be materially and adversely affected,” it said.