The Economics behind Myanmar’s Special Economic Zones: (Part I) 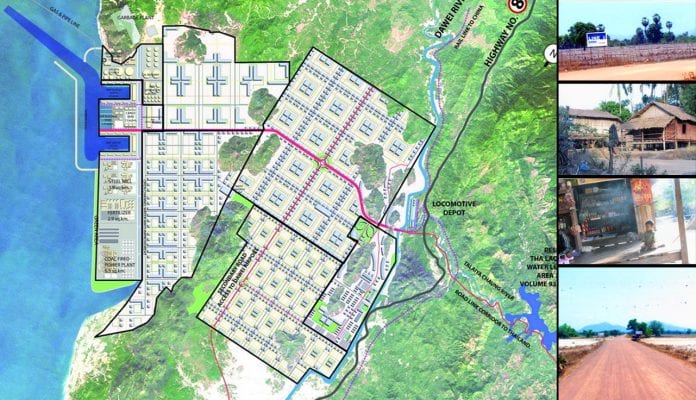 Since the first sod was turned in 2008, the Dawei Special Economic Zone has been mired in controversy. Reports of corruption, land grabs and environmental degradation have turned public opinion against the scheme, and, since the withdrawal of the Italian Thai Development Company in 2012, financial backing has yet to be secured. Until a new private investor can be found to continue the zone’s construction, the project survives on life-support from the Thai and Myanmar governments. It remains unclear whether the project will ever be completed.

Considering the controversy, it’s surprising that the flimsy economic credentials of the Dawei SEZ have yet to enter the conversation. Debate has generally centred upon the social and environmental costs of the project outweighing the economic benefits, as if such benefits were somehow assured. Yet SEZs often end up costing governments more in infrastructure spending than can ever be recouped through foreign investment. The small number of successful SEZs, such as Malaysia’s Penang and China’s Shenzhen, are exceptions to the rule.

Unlike Kyaukphyu and Thilawa, Myanmar’s other SEZs, Dawei’s economic prospects are bleak. Putting aside potential social and environmental costs, there are four major reasons why the site should never have been chosen in the first place.

Firstly, Dawei’s location in remote Tanintharyi region offers few natural advantages. The sparsely populated region sits in the country’s southeastern corner, nestled between the Tenasserim Hills, which demarcate the border with Thailand, and the picturesque Andaman Sea. The region’s industrial base is extremely primitive and only the most basic financial, legal and business services are currently available.

Tanintharyi’s economic isolation is compounded by its poor infrastructure and connectivity. Road and rail links with the rest of Myanmar have only recently been completed, port facilities can service only small-scale vessels and connections with Thailand are limited to a single dirt-road crossing. Though peaceful and pristine, the region is a back-water, ill-suited to industry.

Secondly, Dawei sits adrift of the most significant trade-routes of the region. Proximity to trade corridors, where logistics are cheap, cluster effects are possible and supply chains can develop, characterise many of East Asia’s most successful SEZs. Considering that the vast majority of Myanmar’s imports and exports come overland via the Chinese border in the north or through the ports of Yangon, Dawei is a poor choice indeed.

Thirdly, the specific parcel of land put aside for the Dawei SEZ is poorly chosen. Located 90 bumpy minutes north of the town centre, the arid moonscape has none of the requisite infrastructure and services. Power plants, roads, reservoirs, housing and sewage will all need to be built from scratch. Machinery, building materials, food and other necessities will all need to be transported in or contracted out, as no township currently exists to service the site. Even the deep-sea port, a key factor in Dawei being chosen as an SEZ location, requires significant deepening, the dredging of an approach channel and construction of complementary breakwaters before even the first tanker can dock.

Finally, Dawei township and its surrounds lack the adequate labour supply for large-scale industrial expansion. Like much of rural Myanmar, the under-resourced education system has failed to produce the adequate number of skilled tradespeople and technicians that industry requires. Unique to Dawei, however, is the allure of higher wages in neighbouring Thailand. Thousands of working-age men and women have already emigrated, leaving only a very small pool of potential labour for enterprises in the SEZ. In order to maintain local workers, wages will need to be competitive with Thai equivalents.

Because of these reasons, the expected economic benefits of the Dawei SEZ are unlikely to eventuate. The high costs of construction, poor location and poorer investment prospects cannot justify the billions of taxpayer dollars required to build and administer the zone. Although huge sums of financial and political capital have already been spent on the project, the time has clearly come to put this white elephant out to pasture.

Josh Wood was a Visiting Research Fellow at the Myanmar Development Resource Institute’s Centre for Economic and Social Development (MDRI-CESD) and is a postgraduate student at the ANU. Views and opinions expressed in this article are the author’s own and don’t necessarily reflect Myanmar Business Today’s editorial opinion. The article was first published at New Mandala and has been reprinted here with the author’s permission. The next two parts of the series will be published in the coming weeks.