The Emergence of “Appcessories” in The Smartphone Era 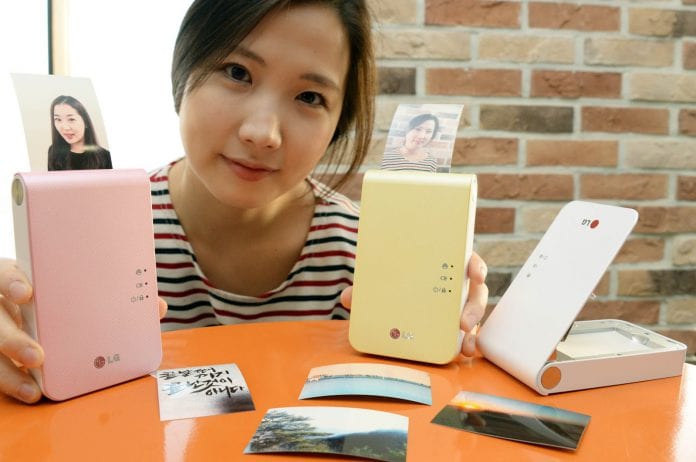 While smartphones are common in life, various niche markets surrounding it seem to be emerging, with many idea products which enrich the smart life are getting popular in the market.

For example, South Korean electronics giant LG’s “Pocket Photo” appcessory (Application + Accessory), which is the world’s first and smallest mobile printer, can print pictures in the smartphone. Pocket Photo has an instant camera through which mobile users can select pictures to print out. It also does not require ink but applies Zero Ink (ZINK) methodology, thus cutting costs. It costs about K5,000 ($5) per pack which is 50 percent less than that of instant camera. Pocket Photo comes with a compact dimension of 7.2×12.1×2.4cm and is optimised for portability, weighing 212 grams.

Kinam Lee from LG Myanmar Mobile communications department said that the Pocket Photo was created based on consumer needs, and its popularity in the market is continuing. He said LG leads the mobile photo printer market while the market is still growing. In South Korea, the Pocket Photo sold about 5,000 per month in 2013 and Pocket Photo II, a slimmer and improved version, was introduced in January, priced about K150,000 ($150).

However, in Myanmar, Pocket Photo has not drawn that much attention because it is sold in very limited sales outlets. However, the company said visitors who came to LG brand shop and showroom were impressed with this portable mobile printer as well as Wifi and Bluetooth docking speakers. Zaw Tun Aung, a marketing professional and volunteer teacher, said one of the best advantages of Pocket Photo is inkless printing and portability. He said that “availability and advertising should be implemented to let Myanmar people know of this product. There are many digital printing shops but their computer system is too inferior to print out mobile phone users’ pictures.”

With soaring smartphone demand, other smart devices such as Pico pocket projector are also drawing mobile users’ attention. Another ultra slim portable projector, Smart Beam, has seen continuous growth in sales. Even some smartphone has a built-in OHP (Overhead Projection) feature to adapt to users’ specific needs. Smart Beam, from SKT, weighs only 129gm, 4.6cmx4.6cm in dimensions, and is priced at about $200.

Another South Korean giant Samsung integrated smartphone and appcessories business to break through its stagnated sales by exploring the niche market. Samsung introduced “Mobile Console Application” which integrated “appcessory” and game pad. This game pad can attach to 4 to 6.3-inch Galaxy smartphones and can be used as game consoles, allowing users to skip tapping screens. Taiwan’s HTC’s “Media Link” provides mobile users with optimised media and game play for its smartphone by plugging it into TV.

Appcessories’ future and market strongly rely on idea and creativity. Many contents providers use “crowdfunding” to gather investment through SNS or online. “Crowdfunding” is a new terminology which combines crowd and funding. This new concept helps hundreds of inventions and ideas to materialise as products or services.

According to Tech Crunch, the “Poppy Viewer”, a viewer which enables iPhone users to watch 3D videos and pictures, successfully enticed $160,000 for investment through this crowdfunding method.