The Oil Price Slide: How Could This Impact Myanmar’s Energy Sector? 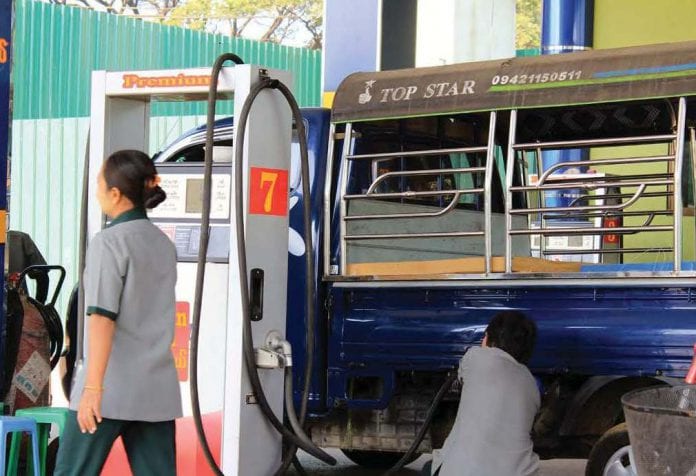 Myanmar’s oil and gas tenders have attracted a great deal of international interest in recent years, with numerous bidders – including Statoil, Shell and Total – applying for production sharing contracts (PSCs) awarded for both onshore and offshore blocks.

Though many exploration and production (E&P) companies have eagerly awaited the opening of this frontier market, the largely unproven nature of reserves and the lack of available data have meant that explorers will almost be shooting in the dark in a geologically uncertain environment.

Since then, crude oil prices have dropped below $50 per barrel, a decrease of more than 50 percent compared to June last year. This level of volatility has come as a shock to most players in the energy industry, though some have claimed that the trend can be explained by a combination of general economic slowdown, OPEC’s refusal to cut production and the shale boom in the US. While lower prices may be seen as a boon to many developing countries that are also net importers of oil, like Myanmar, it does beg the question as to how its nascent upstream sector will be affected.

As is normal industry practice, these PSCs contain minimum capital expenditure commitments to be undertaken by the E&P company, which can run into millions of dollars. For some explorers, depressed oil prices may impact other parts of their business and lead to reduced financial liquidity, meaning they need to fund new exploration activities through external, unconventional sources of finance, such as trading houses, sovereign wealth funds or private equity.

In some cases, these alternative financiers may use their large cash piles to make opportunistic purchases or put together structured financings that are a mixture of debt and equity, diluting an E&P company’s initial profitability expectations.

In Myanmar, most of the winners of the 2014 offshore tenders were major oil companies who have historically taken a longer term view to deal with the many challenges in any country’s energy sector. While it may be unlikely that their investment decisions in Myanmar will be directly affected by the oil price slump, the same cannot be said for the smaller industry players.

Some of these entities were always going to struggle to meet their capital commitments, and may face increasing pressures to tie-up with other participants, including strategic oil and gas investors.

Myanmar’s gas exports may also be affected. Most of the country’s natural gas is sold to Thailand under long-term sales contracts. Unlike crude oil, natural gas prices are not universal and differ from region to region. Depending on the formula used in the long-term contract, changes in the oil price may affect the natural gas price, but often subject to a floor price.

In the longer-term, if there is a fear that the continuing slide of oil prices will also depress natural gas prices on a sustained basis, then E&P companies who have based their investment decisions on the likelihood of large natural gas reserves in Myanmar will have to re-work their projections.

The other sector of the energy industry that could be affected is the oil and gas services sector. These companies have mobilised in anticipation of the increased activity in Myanmar and any pulling back of spending commitments by their clients will hit them hard. We would not be surprised to see global consolidations in this sector. Some of these companies may have to withdraw or postpone their market entry plans into Myanmar altogether.

Finally, what does this mean for future bidding for oil and gas projects? In October 2014, MOGE announced that a further nine offshore oil and gas blocks will be awarded during the course of 2015. Given the uncertainties noted above, it will be interesting to see if this bidding round attracts the same level of interest from as wide a variety of international bidders as the preceding rounds.

In our view, although the economic landscape is changing for E&P companies, Myanmar remains in critical need of investment and energy partners who can share the risks and rewards of this sector.

Nomita Nair is a partner at law firm Berwin Leighton Pasiner (BLP) specialising in international project finance transactions within the energy and infrastructure sectors. She advises on energy commercial contracts, the development and financing of oil and gas upstream, midstream and downstream projects, independent power projects and infrastructure projects with a focus on the emerging markets. She is part of the team leading BLP’s Myanmar Practice.

Aaron Jones is an Associate at BLP. He has been involved in a wide range of projects and corporate finance transactions, with a particular focus on the energy and natural resources sectors.