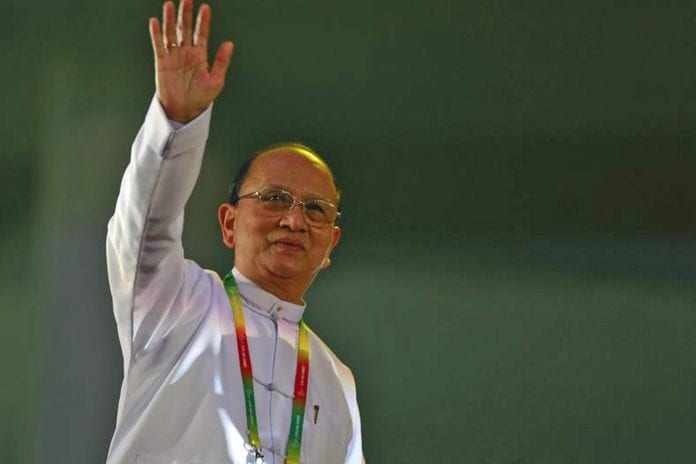 President Thein Sein has urged development partners working in the country to cooperate with the government as Myanmar continues its transition towards genuine democracy.

Speaking at the Myanmar Development Cooperation Forum, which was hosted in Nay Pyi Taw under the theme of “Accelerating Actions for Progress through Enhancing Inclusive Coordination”, Thein Sein spoke of the need for systematic management in order to continue the economy’s growth.

The government, he said, is predicting a 9.1 percent GDP growth for the 2014-2015 fiscal year, which will be aided by a five-year national development plan that will streamline Myanmar’s aid, support and assistance needs in line with development priorities, making the country’s development more effective.

Almost three years into his presidency, which may be extended beyond national elections cited for 2015, Thein Sein said that the government is implementing four phases of its reform process, notably political reform, economic reform, public administration reform and private sector development reform.

The first phase, he said, has created favourable conditions for national reconciliation with mutual understanding built with ethnic minority groups, although his comments come at a time when his government is coming under heavy criticism from the international community for another alleged massacre of Rohingya Muslims in Rakhine State – something the government is denying took place – as tensions continue between Rohingya and Rakhine Buddhists.

With regards to economic reform, Thein Sein said that the country saw a 7.3 percent GDP growth in 2012-2013, up from a predicted 6.7 percent growth and the country continues to attract foreign investment despite some concerns regarding creaking infrastructure and high land prices.

He added that the reform of public administration would involve reducing central control and improving the capacity of local governments, while the fourth referred to improving conditions for trade, as well as logistical and institutional infrastructure.

In the remaining months of his term, Thein Sein said that his government will focus on seven key priority areas, those being electricity, water supply, agricultural development, employment, tourism, financial development and trade and investment.

The two-day forum, organised by the Ministry of National Planning and Economic Development, was also attended by World Bank President Jim Yong Kim, UN Economic and Social Commission for Asia and Pacific (ESCAP) Under Secretary Noeleen Heyzer as well as other ministers and businesspeople.

This year’s event is the second of its kind, following the first Development Cooperation Forum which was hosted in Nay Pyi Taw in January 2013.